The Security and Global Health project brings together leading experts and practitioners to generate policy recommendations for a range of critical issues at the nexus of health and security, including health intelligence, bioterrorism, pandemics, armed conflict, climate-related disasters, and mass migration.

Juliette Kayyem argues that people who opt out of shots shouldn't expect their employers, health insurers, and fellow citizens to accommodate them.

Juliette Kayyem explains that rather than mandating COVID-19 vaccinations, institutions are shifting burdens to unvaccinated people—denying them access to certain spaces, requiring them to take regular COVID-19 tests, charging them for the cost of that testing—rather than imposing greater burdens on everyone.

We may never reach the point when viral spread stops, but a strategy of minimizing risk—not eliminating it—can help Americans reclaim normalcy.

H. Holden Thorp interviewed Juliette Kayyem for an editorial on lessons for science communication from the COVID-19 pandemic.

Massachusetts Should Pay People to Quarantine

With vaccines slowly being rolled out across the United States, it appears the nation may be close to a turning point in the coronavirus pandemic. However, the daily case rate remains high, and new, highly contagious variants threaten to create clusters of fresh infections in the coming months. This makes it more important than ever that states bolster non-vaccine strategies — specifically, supported quarantine and isolation — in order to mitigate viral transmission.

Apart from vaccinations, quarantine (keeping exposed people away from others) and isolation (keeping sick people away from others) are the best ways to stop transmission of the virus. After a surge of infections early in the pandemic, South Korea adopted an aggressive policy of testing, contact tracing, and “supported” isolation and quarantine. This included identifying those exposed to the virus and providing support services so that it was feasible and affordable for them to stay apart for seven to 10 days. The government delivered grocery supplies and paid financial compensation to those in isolation and unable to work. They provided people who needed it access to quarantine facilities, with twice-daily check-ins to monitor their health.

The results have been spectacular. While the United States recently passed 500,000 COVID-19 deaths, South Korea — one-sixth of the US population — has experienced just 1,600 fatalities, without a single vaccination. Schools have mostly stayed open, and the South Korean economy has remained largely intact. If the United States had the same death rate as South Korea, we would have lost 10,000 Americans rather than over half a million. 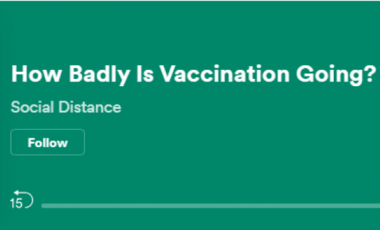 How Badly Is Vaccination Going?

We were supposed to vaccinate 20 million Americans by the end of the year. We've fallen well short of that. Should we be worried? The hosts are joined by Juliette Kayyem, a former Assistant Secretary of Homeland Security who ran intergovernmental efforts like the one behind the vaccine rollout. She explains what's going on, what the problems have been, and why we shouldn't be too concerned (yet). 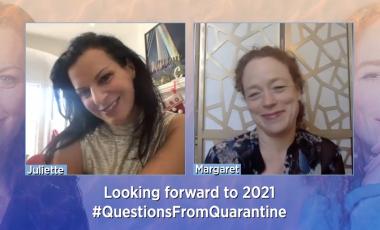 Questions from Quarantine: Looking Forward to 2021

The Security and Global Health Project is proud to present a weekly web series with Security Mom Juliette Kayyem and Medicine Mom Dr. Margaret Bourdeaux. Each week, our experts will answer your questions from quarantine and give you advice on staying sane and sanitary in a global crisis. We hope you'll join our Moms every Tuesday, and if you have a question that you want answered, tweet with #QuestionsFromQuarantine.

Since March, the Belfer Center’s scholars and practitioners have been physically distanced but intellectually close. They’ve faced the pandemic head-on, launching new types of research to explore the unusual, tragic circumstances of this year.

These new products include tips and advice regarding COVID, health, and safety from Juliette Kayyem, Faculty Director of our Homeland Security Project, and a series of reports and recommendations regarding preparing for and responding to future pandemics from the OPCAST Ad-Hoc Pandemic Response Group, led by John P. Holdren. 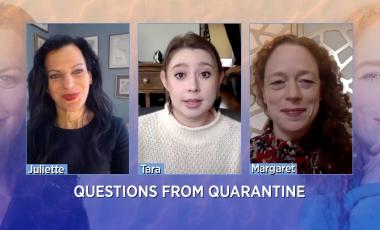 Questions from Quarantine: Vaccine Priorities and 2021

The Security and Global Health Project is proud to present a weekly web series with Security Mom Juliette Kayyem and Medicine Mom Dr. Margaret Bourdeaux. Each week, our experts will answer your questions from quarantine and give you advice on staying sane and sanitary in a global crisis. We hope you'll join our Moms every Tuesday, and if you have a question that you want answered, tweet with #QuestionsFromQuarantine.

The Month the Pandemic Started to End

Juliette Kayyem writes that the pandemic is unfolding as if on a split screen. The winter looks bleak, but Americans can now give themselves permission to hope for a speedy vaccine rollout.