Reporting From and To the Heart: The Craft of Anthony Shadid’s Journalism and Why it Matters More than Ever Today

The late Anthony Shadid was one of the most honored foreign correspondents in modern U.S. journalism. He won two Pulitzer Prizes for coverage of the U.S. presence in Iraq, in 2004 while Baghdad bureau chief for The Washington Post and in 2010 while Beirut bureau chief for The New York Times, where he worked until his untimely death in 2012, while on assignment in Syria. He was also a finalist for the 2007 Pulitzer and received numerous other awards for his reporting. This study group will be a hands-on, workshop-style approach to learning from veteran Middle East journalist Rami Khouri’s archival research in Shadid’s personal papers now deposited at the American University of Beirut and interviews with over 50 of Shadid’s colleagues. Participants will learn about key elements in Shadid’s “narrative reporting” style – employing techniques of narrative non-fiction writing to cover foreign affairs. Through discussion of narrative reporting craft, analysis of texts by Shadid and other outstanding writers, and producing and reviewing each other’s reporting, participants will learn why and how narrative reporting works, and how to benefit from the legacy of Shadid’s craft. The group will also discuss the implications of Shadid’s style for other sectors of society today beyond journalism, including diplomacy, education, commerce, religion, and civil society engagement.

The study group is open by application to all Harvard ID holders, as well as invited journalists or writers in the Boston area. Applicants will be asked to submit a statement of interest on their previous professional or academic experience with and/or career interest in narrative reporting, particularly but not exclusively in the Middle East. Applications are open at the Middle East Initiative website – hks.harvard.edu/middleeast, or by clicking this link. If you have any questions, please email chris_mawhorter@hks.harvard.edu. 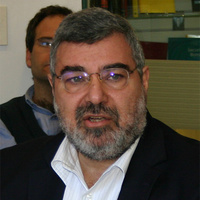