Ash Carter, Director of the Belfer Center, Professor at Harvard Kennedy School, and former U.S. Secretary of Defense, died suddenly on October 24, 2022. The Belfer Center community is deeply saddened by his loss.

On these pages, members of the Center and broader Harvard community, government officials, and many others share their thoughts and stories of Ash Carter's impact on them, the nation, and the world.

Harvard Kennedy students share their thoughts, stories, and tributes to Ash Carter, who passed away suddenly on October 24, 2022.

The Passing of Ash Carter

It is with deep and profound sorrow that I write to inform you that our colleague, teacher, and friend Ash Carter passed away yesterday evening after suffering a heart attack. 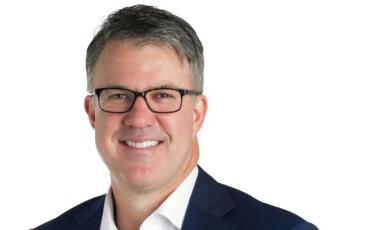 The U.S. Department of State announced Tuesday, October 18 that Eric Rosenbach, Belfer Center Co-Director and former Pentagon Chief of Staff and Assistant Secretary of Defense for Homeland Defense and Global Security, has been named to the Secretary of State’s International Security Advisory Board (ISAB).

New forms of international cooperation and technology competition with China are the main drivers of public investment in energy innovation, though it remains insufficient to help meet climate goals.

The Environment and Natural Resources Program at Harvard Kennedy School’s Belfer Center for Science and International Affairs announced today that ColdHubs Limited is the winner of the 2022 Roy Family Award for Environmental Partnership. The company—born out of a partnership between the Smallholders Foundation, the Institute for Air Handling and Refrigeration (ILK Dresden), and the Deutsche Gesellschaft für Internationale Zusammenarbeit (GIZ)—uses solar-powered walk-in cold rooms to reduce post-harvest losses for smallholder farmers across rural Nigeria.

Former Soviet leader Mikhail S. Gorbachev, who is known for ending the Cold War, dissolving the Soviet Union, and changing the map of Europe, died Tuesday, August 30. He was 91.

We asked several Center experts for their thoughts on Gorbachev and his impacts – and how his life and actions are relevant to the challenges the world faces today.

Managing the Atom at NPT RevCon 2022

The Project on Managing the Atom participated as a NGO delegation in the Tenth Review Conference of the Parties to the Treaty on the Non-Proliferation of Nuclear Weapons (NPT) at the United Nations in New York. This review conference comes at a time when nuclear fears amid the conflict in Ukraine loom large.

Dr. Youssef Chahed, former Prime Minister of the Tunisian Republic, has been named a 2022-2023 Senior Fellow with the Middle East Initiative (MEI) at Harvard Kennedy School’s Belfer Center for Science and International Affairs.

“Youssef Chahed is not just one of Tunisia’s–and indeed, the Middle East’s–most distinguished young public servants, he is also a first-rate scholar,” said Tarek Masoud, Ford Foundation Professor and MEI Faculty Director. “I am thrilled that he will be part of our community, and I know that my students and colleagues will learn much from him, both about how to govern amid extreme crises and about the underlying social, political, and economic drivers of those crises.”

Dr. Chahed will be in residence at the Kennedy School for the 2022-2023 academic year. During his fellowship, Chahed will focus on economic, security, and other policy challenges facing the Middle East and North Africa and will lead a study group on development and democratic transitions. He will also meet regularly with Harvard students and student groups and will speak at events across campus.

“I am honored to join Harvard Kennedy School’s Middle East Initiative for the 2022-23 academic year," Chahed said. "Ever since my first visit in April 2022, I have been impressed by the quality of Harvard Kennedy School’s students and faculty and by the depth of their interest in democracy and development in the Middle East. I look forward to advancing my research and reflection on these issues and to taking advantage of all the intellectual opportunities provided by this extraordinary institution.”

Dr. Chahed served as Prime Minister of Tunisia from 2016 to 2020. He is both the youngest head of government in Tunisia’s history and the longest serving since that country’s democratic transition in 2011. During his tenure, he made significant advancements in the fight against terrorism, launched an anti-corruption campaign, and navigated severe economic challenges. Prior to becoming Prime Minister, Chahed served as Secretary of State for Fisheries and Minister of Local Affairs.

Dr. Chahed holds a Ph.D. in Agricultural Economics from the Institut National Agronomique Paris-Grignon and taught agricultural economics at the Higher Institute of Agriculture in France. 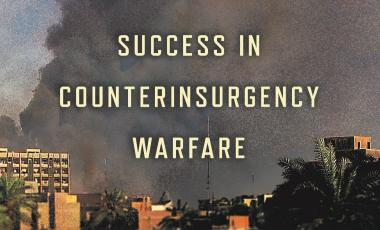 Bullets Not Ballots: Success in Counterinsurgency Warfare, which was published as part of the Cornell Studies in Security Affairs in May 2021, has been named the American Political Science Association (APSA) Foreign Policy Section's Best Book for 2021–2022.  The award will be presented in September 2022 at the APSA Annual Meeting in Montreal, Quebec.