“You throw a map on the table, and people start to point at it. They start to tell their stories,” Greg Fiske said to the eighteen students gathered over Zoom. Fiske, a senior geospatial analyst at the Woodwell Climate Research Center, was discussing the power of maps. “They distill a story out of a highly complex system, identify patterns in otherwise hidden data, and they invoke conversation.”

The listening students hailed from many backgrounds, among them law, journalism, design, urban planning, data science, and environmental management. Representing the Kennedy School, Harvard Law School, the Graduate School of Design, Harvard Divinity School, Tufts Fletcher School, Smith College, and others, they had given four Fridays in February to hearing from experts on data visualization, policy, cartography, and Arctic science. These sessions comprised the inaugural Arctic Data Stories workshop, an interdisciplinary intensive meant to expose students to issues at the intersection of Arctic science, policy, and communication.

Arctic Data Stories was born out of a partnership between the Belfer Center’s Arctic Initiative and Woodwell Climate Research Center. Focusing on permafrost, this collaboration brings the cutting-edge science of Woodwell in conversation with the policy know-how and network of the Kennedy School. During an early summer 2020 meeting, both teams were deep in debate about how to connect Woodwell’s maps of permafrost thaw with end users: How best should the scientists target their visualizations to policymakers, or to the public? And how to get users to seek out these products in the first place?

That’s when the lightbulb came on. Didn’t we have an audience of future policy professionals ready to learn at the Kennedy School? We formed a Woodwell-Arctic Initiative education sub-group and in our first meeting I pitched a data visualization hackathon to Dr. Jenny Watts, assistant scientist at Woodwell. Watts, our group co-leader, brilliantly fit all the pieces together: Woodwell has its own partnership with Esri to support its geospatial data analysis, so why not have the students produce Esri StoryMaps? Dynamic multimedia contextualization tools for maps, they would be the perfect way to integrate science and policy in a clear and interesting narrative. Given the constraints of virtual learning, we settled on a weekly, month-long workshop instead of a weekend hackathon.

Esri jumped in immediately and with enthusiasm. Early in the pandemic, the company had stepped up its Learn ArcGIS program by providing free access to students and enhancing its library of online lessons. Dr. Dawn Wright, Esri Chief Scientist, volunteered to speak at our workshop, and with her, Allen Carroll, founder of the StoryMaps team. We also drew on the expertise of Fran Ulmer, senior fellow at the Arctic Initiative, and Hong Qu, a lecturer in data visualization at the Kennedy School. Rounding out our speaker list were Woodwell research assistant Stefano Potter and Greg Fiske.

While each Data Stories session offered structured lectures and discussion, the final StoryMap projects were an exercise in self-guided learning. Students formed groups early in the workshop based on their interests and ideas for projects, with the sole requirement that topics revolve around the Arctic. The groups then built their StoryMaps for their designated audience and to answer their chosen questions at the science-policy-communications nexus. Woodwell cartographer Carl Churchill pitched in to help each group craft a map to support their analysis, to spare students spending all of their limited time on technical programming details. The students’ stellar outputs are linked below, tackling everything from black carbon to urbanization to international security.

Besides its tangible products, this workshop offers a lesson in what is possible in a virtual learning space. The Belfer Center has made a concerted effort to provide supplementary programming to students who are missing out on an in-person Kennedy School experience, and the Arctic Data Stories workshop joins a host of other offerings, among them the Northern Lights Podcast Series.

Moreover, Arctic Data Stories is a statement of the strength of the work being done at the science-policy-communications interface by Harvard, Woodwell, and Esri. Giving students the vocabulary, relationships, and tools to bridge disciplines sets up a new generation of leaders with the implicit expectation that this kind of collaboration should take place. It builds a culture beyond basic institutional partnerships, while allowing each affiliate to fulfill its individual mandate—be it education, communication, or scientific research. Like a map on a table, it invokes conversation.

The Quest for Arctic Power »

Innovation and Adaptation in the Urban Arctic »

Climate Change and Migration in a Rapidly Changing Arctic »

An Alaskan case study: How the climate crisis is disproportionately impacting our neighbors to the north

What's happening in the Arctic is changing Boston

The Burning and Thawing of the Arctic »

By Natalie Baillargeon and Molly Elder

The Impact of Black Carbon on Arctic Warming

By Will Mulhern and Yuqi Zhu

The Arctic Data Stories Project is part of a larger collaboration between the Arctic Initiative and the Woodwell Climate Research Center, to improve the communication of cutting edge science to policymakers, advancing solutions to address the world’s climate challenges. 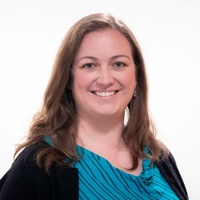