The 2020 U.S. Presidential Election and Implications for North Korea Policy

The 2020 U.S. Presidential election will have outsized impact on a host of national security issues. Our panel of experts, spanning the political spectrum, will assess how the election outcome will affect North Korea policy in the next four years. In our discussion, we will draw on the panel’s experience serving in Republican and Democratic administrations and on Capitol Hill as well as their cutting-edge policy research on North Korea.

The Korea Project and the ROK Consulate General in Boston are co-sponsoring this event. 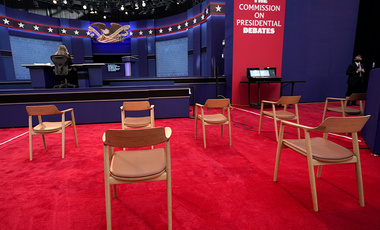 Dr. Patrick Cronin  (Speaker)
Dr. Cronin is the Asia-Pacific Security Chair at Hudson Institute.  Dr. Cronin’s research program analyzes the challenges and opportunities confronting the United States in the Indo-Pacific region, including China’s total competition campaign, the future of the Korean peninsula, and strengthening U.S. alliances and partnerships.  Dr. Cronin was previously senior advisor and senior director of the Asia-Pacific Security Program at the Center for a New American Security (CNAS), and before that, senior director of the Institute for National Strategic Studies (INSS) at the National Defense University, where he simultaneously oversaw the Center for the Study of Chinese Military Affairs.   In 2001, Dr. Cronin was confirmed by the United States Senate to the third-ranking position at the U.S. Agency for International Development (USAID).  While serving as Assistant Administrator for Policy and Program Coordination, Dr. Cronin also led the interagency task force that helped design the Millennium Challenge Corporation (MCC).  From 1998 until 2001, Dr. Cronin served as director of research at the U.S. Institute of Peace.  Prior to that, he spent seven years at the National Defense University, first arriving at INSS in 1990 as a senior research professor covering Asian and long-range security issues.  Dr. Cronin read international relations at St. Antony’s College, University of Oxford, where he received both his M.Phil. and D.Phil. degrees

Consul General Yonghyon Kim  (Opening Remarks)
Mr. Yonghyon Kim is Consul General of the Republic of Korea (ROK) in Boston. As a career diplomat, he brings over thirty years of diplomatic expertise and experience to his office, which he assumed in December 2017. His duties include, inter alia, protecting the interests of the ROK and overseas Koreans in New England, and furthering the development of commercial, economic, cultural and scientific relations between the ROK and the United States, in particular the New England region. Prior to his current position, CG Kim was Director-General for Korean Peninsula Peace Regime from March 2016. He also worked in the same bureau as Deputy Director-General for North Korean Nuclear Affairs for two years, starting from June 2014. He oversaw North Korea-related issues such as regional security cooperation, unification diplomacy and human rights situations.  From 2005 to 2008, he was deeply involved in the Six-Party Talks process on North Korea’s denuclearization, as political officer at the ROK Embassy in Beijing. He worked mainly on Korean Peninsula security issues, among other posts, working at the ROK Embassy in Washington (1999-2001). He also served on the National Security Council in the President’s Office (2003-2004). He entered the Ministry of Foreign Affairs in 1990. He graduated from Seoul National University in 1989 majoring in international relations, and studied at the Pennsylvania State University (1992-1994).

Jessica Lee  (Speaker)
Jessica Lee is a Senior Research Fellow in the East Asia Program at the Quincy Institute.  Her research focuses on U.S. foreign policy toward the Asia-Pacific region, with an emphasis on alliances and North Korea. Previously, Jessica led the Council of Korean Americans (CKA), a national leadership organization for Americans of Korean descent. Prior to CKA, Jessica was a Resident Fellow at the Pacific Forum in Honolulu. Previously, Jessica was a senior manager at The Asia Group, LLC, a strategy and capital advisory firm. She began her career on Capitol Hill, first as a professional staff member handling the Asia region for the chairman of the House Committee on Foreign Affairs, and then as a senior legislative assistant on international security and trade for a member of Congress on the Ways and Means Committee. Jessica’s analysis has been featured in The Wall Street Journal, Washington Post, Foreign Policy, The National Interest, USA Today, the Washington Times, and The Nation. She is a term member of the Council on Foreign Relations and a member of CKA. Jessica holds a B.A. in Political Science from Wellesley College and an A.M. in Regional Studies-East Asia from Harvard University.

Dr. John Park  (Welcoming Remarks)
Dr. John Park is Director of the Korea Project at the Harvard Kennedy School’s Belfer Center.  He is also a Faculty Affiliate with the Project on Managing the Atom at the Harvard Kennedy School and an Associated Faculty Member of the Korea Institute at Harvard University. Dr. Park’s core research projects focus on the political economy of the Korean Peninsula, nuclear proliferation, economic statecraft, Asian trade negotiations, and North Korean cyber activities.  He previously directed Northeast Asia Track 1.5 projects at the U.S. Institute of Peace.  He advises Northeast Asia policy-focused officials in the U.S. government. Dr. Park earlier worked at Goldman Sachs and The Boston Consulting Group. His publications include: “Stopping North Korea, Inc.: Sanctions Effectiveness and Unintended Consequences,” (MIT-Harvard study, 2016 – co-authored with Jim Walsh); “Assessing the Role of Security Assurances in Dealing with North Korea” in Security Assurances and Nuclear Nonproliferation (Stanford University Press, 2012); “North Korea, Inc.” (USIP Working Paper, May 2009). Dr. Park received his Ph.D. from the University of Cambridge. He completed his predoctoral and postdoctoral training at the Harvard Kennedy School.

Mark Tokola  (Speaker)
Mark Tokola is Vice President of the Korea Economic Institute of America in Washington, DC.  He retired as a U.S. Senior Foreign Service Officer with the rank of Minister-Counselor in September 2014. His last posting was as Minister Counselor for Political Affairs at U.S. Embassy London. Previously he had served as Deputy Chief of Mission at the American Embassies in Seoul, Republic of Korea; Ulaanbaatar, Mongolia; and, Reykjavik, Iceland. He also served as Director of the Iraq Transition Assistance Office (ITAO) in Baghdad from 2007-2008. Mr Tokola received the State Department’s Superior Honor Award for his work on implementing the Dayton Peace Accords while serving as Political Counselor in Sarajevo, Bosnia-Herzegovina from 1997-1999. Mr. Tokola serves on the Board of Governors of DACOR: An Organization of Foreign Affairs Professionals, and on the Board of Trustees of the Bacon House Foundation. He holds a BA in International Relations from Pomona College in Claremont, California, and an LL.M. in European Community Law from the University of Edinburgh, Scotland.

Jenny Town  (Speaker)
Jenny Town is a Fellow at Stimson and the Deputy Director of Stimson’s 38 North, a website devoted to providing policy and technical analysis on North Korea.  She was named one of Worth Magazine’s “Groundbreakers 2020: 50 Women Changing the World” and one of Fast Company’s Most Creative People in Business in 2019 for her role in co-founding and managing 38 North. Ms. Town is the former Assistant Director of the U.S.-Korea Institute at Johns Hopkins School of Advanced International Studies where she focused on North Korea, U.S.-DPRK relations, U.S.-ROK alliance, and Northeast Asia regional security. She is an expert reviewer for Freedom House’s Freedom in the World Index, where she previously worked on the Human Rights in North Korea Project.  She is an Associate Fellow at the Foreign Policy Institute at SAIS, a Member of the National Committee on North Korea, and an Associate Member of the Council of Korean Americans. She serves on the Editorial Board for Inkstick, an online foreign policy journal for emerging scholars. Ms. Town holds a BA in East Asian Studies and International Relations from Westmar University and a Master of International Affairs from Columbia University’s School of International and Public Affairs.