A Conversation with Ambassador Nabeela Al-Mulla

A conversation with Ambassador Nabeela Al-Mulla, Former Ambassador of the State of Kuwait, and Professor Nicholas Burns, Professor of the Practice of Diplomacy and International Affairs, Harvard Kennedy School. 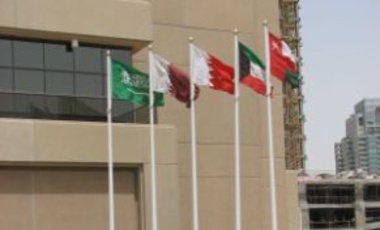 A conversation with Ambassador Nabeela Al-Mulla, Former Ambassador of the State of Kuwait, and Professor Nicholas Burns, Professor of the Practice of Diplomacy and International Affairs, Harvard Kennedy School.

Amb. Al-Mulla will discuss Iran's nuclear program and the economic and political relations between Kuwait, the Gulf Cooperation Council countries, and the European Union.

Ambassador Nabeela Al-Mulla is the former resident Ambassador of the State of Kuwait to Austria, Belgium, South Africa and Zimbabwe, and non-resident Ambassador to Botswana, Hungary, Luxembourg, Namibia, Mauritius, Slovakia and Slovenia. She has represented Kuwait in the Arms Control and Regional Security in the Middle East (ACRE), Organization of the Petroleum Exporting Countries (OPEC) and the North Atlantic Treaty Organization (NATO). She was the first woman from the Gulf Cooperation Council to serve as ambassador and was the first Arab woman to serve as Permanent Representative to the United Nations).

Ambassador Al-Mulla received her B.A. in political science and her M.A. in international relations, with honors, from the American University of Beirut. She was presented with the Austrian Grand Golden Decoration of Honour for First Class Merit in 2004, and was nominated by civil society for the Nobel Peace Prize in 2005 in recognition of work within the International Atomic Energy Agency during the Korean and Iranian crises.