The Future of Arab Upheavals 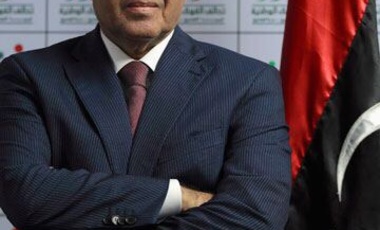 Co-sponsored by the Harvard Center for Middle Eastern Studies and the Islamic Legal Studies Program at Harvard Law School.

Mahmoud Gebril was Born on 1952 in Benghazi, Libya, He received a bachelor’s degree in economics and political science with honors from Egypt’s Cairo University in 1975.  He then earned both his master’s and PhD degrees in political science and strategic planning and foreign policy from the University of Pittsburgh in 1980 and 1985, respectively.

He served as a teaching assistant for undergraduate courses on foreign policy. Following completion of his doctorate, He served as a professor at the University of Pittsburgh for two years. His career after that focused on the field of Development, where he led and developed many national strategic programs and executive leadership capacity development programs across the globe.

He entered politics in 2007, where he was pressed by the previous government and appointed as the Secretary General of the National Planning Council in Libya. He led the work on Libya Vision 2025 and during that period he also presided over the National Economic Development Board which instigated a number of key socio-economic structural reform initiatives. He tried to resign on more than one occasion due to his doubts about realizing the opportunity for change and finally did so in 2010. At the end of the year 2010 he apologized for accepting the Alfatah Award in recognition of his economic and strategic studies, and invoked personal reasons to apologize for not accepting the award.

Mahmoud Gebril joined the Libyan revolution in 2011 since its early days and was the lead architect of the Interim National Transitional Council of Libya (INTC). He also led the team that began securing the recognition of the INTC as the true and sole representative of the Libyan people acting as the Interim Premier and Foreign Minister from 5th of March, 2011, until he announced his resignation from that post following the national liberation proclamation of the country on the 23rd of October 2011.

On March, 2012 Mahmoud Gebril was elected president of the National Forces Alliance (NFA), an alliance which he cofounded with a wide range of national forces working to build the foundations of a democratic civil state.  The NFA success was revealed on July 7th 2012 elections for the General National Congress winning over 60% of the votes contested by political parties.

Mahmoud Gebril continues to deliver a series of lectures in various international venues around his views on development and the new phenomena global paradigm shift and the recent Arab Awakening. He is board member to various prestigious economic, financial and think tank institutions of which; Sir Bani Yas Forum, Unicredit, Independent Commission on Multilateralism (ICM) launched by International Peace Institute.