IAEA Safeguards and the Additional Protocol — A Discussion With the Author

A discussion with author Laura Rockwood about the IAEA Safeguards and the Additional Protocol.

Coffee and tea provided. Please join us - Everyone is welcome, but admittance will be on a first come–first served basis. 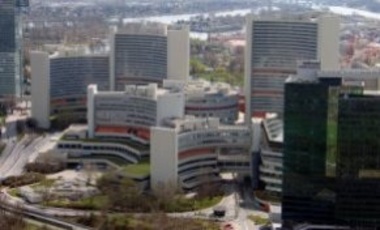 IAEA headquarters in Vienna, Austria
About

Laura Rockwood has served in the Office of Legal Affairs of the IAEA since 1985. For over 27 years, Ms. Rockwood has been involved in all aspects of the drafting, negotiating and advising on the interpretation and implementation of IAEA safeguards agreements and protocols, and resolutions of the IAEA Board of Governors and the United Nations Security Council. In 2004, she was appointed Section Head for Non-Proliferation and Policy Making in the Office of Legal Affairs.

Ms. Rockwood has served as the primary legal advisor in the IAEA’s strengthening safeguards activities, and was the principal author of the document that became the Model Additional Protocol. She served as counsel for the IAEA’s Action Team and Iraq Nuclear Verification Office (INVO) from 1991 through 2005, drafting reports to the Board of Governors and the Security Council and participating in the Director General’s delegations to the Security Council and to high level meetings with Member States. She has participated in three NPT Review Conferences, including the 1995 Review and Extension Conference, as well as in the Director General’s Expert Group on Multilateral Approaches to the Nuclear Fuel Cycle.

In July 2012, Ms. Rockwood was honoured with the receipt of the Distinguished Service Award from the Institute of Nuclear Materials Management (INMM), which is awarded for long-term noteworthy accomplishments in, and service to, the nuclear materials management profession. She recently received a personal promotion from the Director General of the IAEA in recognition of her exceptional dedication over many years to the work of the Agency.

Ms. Rockwood has published numerous articles on safeguards and non‑proliferation, and has contributed to a number of books on the subject. She was also interviewed as part of an oral history on “Foundations of International Safeguards – Safeguards in the Nuclear Age”, a 4-CD recording of interviews with individuals involved in key aspects of the development of the nuclear non‑proliferation regime and IAEA safeguards (http://pnwcgs.pnl.gov/fois/default.stm). Ms. Rockwood is a regular speaker for training courses for the Department of Safeguards and Member States, and for academic courses around the world, including the World Nuclear University Summer Institute and the International School of Nuclear Law.

Prior to working for the IAEA, Ms. Rockwood was employed by the U.S. Department of Energy in Washington, D.C., for eight years as a trial attorney in radiation injury cases, and as counsel in general legal matters.

Coffee and tea provided. Please join us - Everyone is welcome, but admittance will be on a first come–first served basis.