A public address by Dr. Saleem Al-Jubouri, Speaker of the Iraqi Parliament. 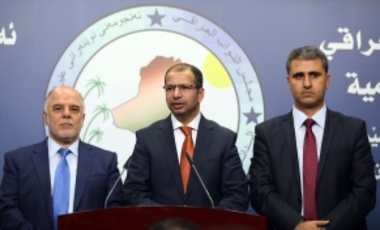 A public address by Dr. Saleem Al-Jubouri, Speaker of the Iraqi Parliament.

Dr. al-Jubouri will deliver his address in Arabic, with simultaneous translation into English.

About Dr. Al-Jubouri:
Dr. Saleem Al-Jubouri is a prominent Sunni political leader and the Speaker of the Iraqi Parliament. He has held a number of positions in the Parliament since 2005, including Chairman of the Human Rights Committee. He obtained his Doctorate in Law with distinction in 2001, and thereafter became Professor of Law at Al-Nahrain University in Baghdad. Dr. Al-Jabouri served on Iraq’s Constitution Drafting Committee. He survived a terrorist attack in 2007 that claimed the lives of two of his brothers. In March 2014, he escaped another assassination attempt when a roadside bomb killed two of his bodyguards. These attacks on his family and himself have not deterred him from serving Iraq and its people as illustrated by his election to serve as the Speaker of Iraqi Parliament in 2014.