The Rational Middle Energy Series is a series of short films created by Gregory Kallenberg and the team that produced the acclaimed documentary, “Haynesville: A Nation’s Hunt for An Energy Future.” Through their travels with “Haynesville,” Gregory Kallenberg and his team saw that there was a need and desire for a balanced discussion about today’s energy issues. This desire culminated in the Rational Middle Energy Series. Rational Middle films “The Great Transition” and “The Methane Question” will be shown, followed by a panel discussion. 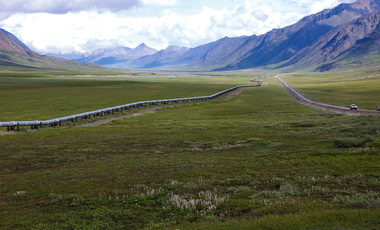 The event will be held on Thursday, February 16th from 6-8pm in Starr Auditorium, and is part of the “Rational Middle Energy Series,” a Shell-funded project whose goal is to use documentary film to spark balanced discussion about energy issues from various points of view. The event will involve a screening of two short 10 minute films on controversial issues related to energy and climate (“The Great Transition” and “The Methane Question”), followed by a panel discussion between Henry Lee, William W. Hogan, Greg Guidry of Shell Unconventionals, and Mark Brownstein of the Environmental Defense Fund. We will then move to Q&A and hope to generate a good discussion with audience members.

Henry Lee (Moderator) is the Jassim M. Jaidah Family Director of the Environment and Natural Resources Program within the Belfer Center for Science and International Affairs at Harvard's John F. Kennedy School of Government, Faculty Co-Chair of the Sustainability Science Program, and a Senior Lecturer in Public Policy. He also serves on the board of the school's Middle East Initiative. Before joining the School in 1979, Mr. Lee spent nine years in Massachusetts state government as Director of the State's Energy Office and Special Assistant to the Governor for environmental policy. He has served on numerous state, federal, and private boards, and advisory committees on both energy and environmental issues. Additionally, he has worked with private and public organizations, including the InterAmerican Development Bank, the International Finance Corporation, the State of Sao Paulo, the U.S. Departments of Energy and Interior, the National Research Council, the Intercontinental Energy Corporation, General Electric, the Massachusetts Department of Conservation and Recreation, and the U.S. EPA. His recent research interests focus on energy and transportation, China's energy policy, and public infrastructure projects in developing countries. Mr. Lee is the author of recent papers on both the U.S. and China, the economic viability of electric vehicles, as well as overseeing or writing case studies on Iceland's green energy agenda, Liberia's electricity sector, the privatization of Rio de Janeiro's airport, climate adaptation in South Florida, and the carbon tax in British Columbia.

Mark Brownstein is the Vice President in the Climate and Energy Program at Environmental Defense Fund. Mark leads EDF’s work on the oil and gas industry with particular focus on methane emissions and the risks to public health and environment associated with unconventional oil and gas development. In addition, he specializes in a variety of electric and gas utility-related policy and regulatory issues. Prior to joining EDF, Mark held a variety of business strategy and environmental management positions within Public Service Enterprise Group (PSEG), one of the largest electric and gas utility holding companies in the United States.

Mark’s career includes time as an attorney in private environmental practice, an air quality regulator with the New Jersey Department of Environmental Protection, and an aide to a member of the U.S. House of Representatives. Mark is a member of the Electric Power Research Institute’s Public Advisory Board, the University of Pennsylvania’s Kleinman Center for Energy Policy Advisory Board, and the Keystone Center Energy Board.

Mark is an adjunct professor of law at New York University Law School where he co-teaches a seminar on public policy and energy project finance. He has also taught energy policy at Columbia University’s School of International and Public Affairs (SIPA). Mark holds a J.D. from the University of Michigan Law School, and a B.A. from Vassar College.

Greg Guidry was named Executive Vice President for Shell’s Upstream Americas Unconventionals business in January, 2013. The Unconventionals business is primarily focused on tight/shale oil and gas onshore exploration opportunities, development and production across the Americas. Prior to his current role, Greg was based in the Hague since 2009 and led Shell’s upstream business in eight European countries as well as responsibility for Shell’s midstream gas supply operations in nineteen countries. He also had global functional responsibility for Production in Shell’s global upstream activities.

Greg joined Shell in New Orleans, Louisiana in 1982. His career has included roles as an Exploration, Development and Asset Manager in the Gulf of Mexico as well as Planning and Strategy Manager for Shell's US upstream business along with work in the areas of well engineering, reservoir engineering and operations management. From 2007 to 2009, Greg was based in Calgary and worked on the integration of Shell Canada’s exploration and production activities into global Shell’s upstream business.  Greg subsequently led Shell’s onshore oil and gas production activities for the whole of North America onshore.

Greg Guidry is the Chairman of Aera Energy and the Chair of the American Petroleum Institute (API) Upstream Committee.  He has a Mechanical Engineering degree and chairs the Dean's Advisory Board of the Louisiana State University College of Engineering. He is a registered professional petroleum engineer in the State of Louisiana.

William W. Hogan, Raymond Plank Professor of Global Energy Policy, is research director of the Harvard Electricity Policy Group (HEPG), which is examining alternative strategies for a more competitive electricity market, and a member of the Appointments Committee. Hogan has been a member of the faculty of Stanford University where he founded the Energy Modeling Forum (EMF), and he is a past president of the International Association for Energy Economics (IAEE). Current research focuses on major energy industry restructuring, network pricing and access issues, market design, and energy policy in nations worldwide. Hogan received his undergraduate degree from the U.S. Air Force Academy and his PhD from UCLA. Selected papers are available on his Web site, www.whogan.com.