Reluctant Reforms: Progress and Setbacks for Migrant Domestic Workers in the Middle East 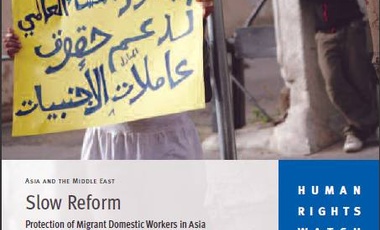 Nisha Varia, a senior researcher for Human Rights Watch's women's rights division and a general expert on women's rights in Asia, investigates abuses against women migrant workers in Asia and the Middle East. Her other work has included documenting intimidation and threats against women in Afghanistan and gender-based violence against refugee women in Nepal.

Before joining Human Rights Watch, Varia worked at the International Center for Research on Women where she focused on domestic violence in India. As a Fulbright scholar to India, she studied rural women's community organizing and access to drinking water. Varia received a master's degree from Columbia University's School of International and Public Affairs and earned a bachelor's degree in economics and anthropology from Stanford University.

This event is co-sponsored by the Hauser Center for Non-Profit Organizations, the Carr Center for Human Rights Policy and Women in Informal Employment: Globalizing and Organizing (WIEGO)