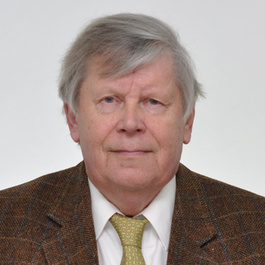 Under the terms of the nuclear deal with Iran, formally known as the Joint Comprehensive Plan of Action (JCPOA), key restrictions would expire if  the IAEA formally reaches a “broader conclusion” that Tehran’s nuclear program is entirely peaceful. Such a conclusion would result in the lifting of the UN’s remaining non-nuclear sanctions, including the ban on ballistic missile testing and the conventional arms embargo.  Furthermore, the U.S. and EU would delist additional entities from their sanctions lists.  Notably, the EU would delist all entities affiliated with Iran’s Islamic Revolutionary Guard Corps, the organization responsible for both terrorist activities abroad as well as key aspects of the nuclear program.

The U.S.-Russia Initiative to Prevent Nuclear Terrorism Newsletter: March - May 2017

William Tobey weighs in on U.S. policy toward Russia.

Olli Heinonen warns that the nuclear terrorist threat is getting increasingly sophisticated. 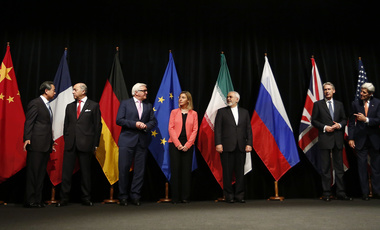 The head of Iran’s nuclear program says Iran has the capability to initiate mass production of advanced centrifuges on short notice. The mass production of these centrifuges (or their components) would greatly expand Iran’s ability to sneak-out or breakout to nuclear weapons capability or surge the size of its centrifuge program if the deal fails or after key nuclear limitations end. If Salehi’s statement is true, Iran could have already stockpiled many advanced centrifuge components, associated raw materials, and the equipment necessary to operate a large number of advanced centrifuges. The United States and the International Atomic Energy Agency (IAEA) need to determine the status of Iran’s centrifuge manufacturing capabilities, including the number of key centrifuge parts Iran has made and the amount of centrifuge equipment it has procured. They need to ensure that Iran’s centrifuge manufacturing is consistent with the intent of the nuclear deal as well as the deal’s specific limitations on advanced centrifuges. Moreover, the Iranian statement illuminates significant weaknesses in the Iran deal that need to be fixed.

Presentation - Foundation for Defense of Democracies

The last couple of years have seen mixed progress in non-proliferation, arms control, and disarmament. On the positive side, we can applaud the Ministerial-level Nuclear Security conference in December 2016 and actions emanating from that. 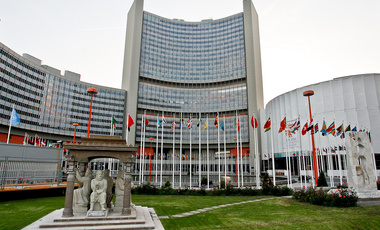 The High Level Fissile Material Cut-Off Treaty’s (FMCT) Expert Preparatory Group held an open-ended informal consultative meeting at the United Nations in New York on 2-3 March 2017. The purpose of the meeting was to engage all UN Member States to share their views through interactive discussions on the scope of a future treaty, its definitions, verification requirements, and associated legal and institutional arrangements. As the FMCT is still at the stage of a proposed agreement, the purpose of the consultative meeting is not to negotiate the Treaty but prepare the terrain on future negotiations. The Group, which submits its report to the UN General Assembly in 2018, draws from the Governmental Experts Group (GGE) Report of 2015, further details issues, and looks at various options, inter alia, on the definitions, scope, verification alternatives, and their implications. The GGE participants agree that the future FMCT needs to be internationally and effectively verifiable, and is an important step in nuclear disarmament. The GGE identified a number of key issues related to verification, which are being summarized in this presentation. 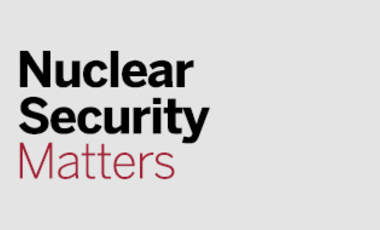 On February 13th, Project on Managing the Atom Senior Associate Olli Heinonen spoke at a briefing at the U.N. Security Council Open Debate. 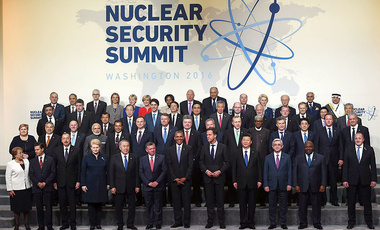 Olli Heinonen Briefing at the Open Debate of the United Nations Security Council in New York, NY on February 13, 2017.

Iran’s latest missile test on January 29 received a swift response, as warranted. The United Nations Security Council called for an emergency session, and on February 2, the U.S. Treasury imposed new sanctions on persons and entities involved with Tehran’s ballistic missile program. Iran responded equally swiftly. An Iranian Revolutionary Guard commander proclaimed that a separate, large-scale military missile exercise underway in Semnan province was intended to “showcase the power of Iran’s revolution and to dismiss the sanctions.” Officials in Iran have vowed to continue testing ballistic missiles and dismissed claims that its program is a cover to develop long-range projectiles capable of carrying nuclear warheads. The United States and its allies should demand that Tehran uphold its obligation not to conduct tests of nuclear-capable ballistic or cruise missiles. 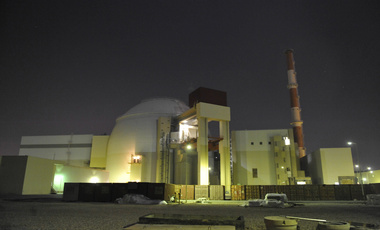 Iran announced last week that it would start feeding its first IR-8 centrifuges with uranium hexafluoride gas (UF6). The 2015 Iran nuclear deal states that Tehran’s breakout time (the time needed to enrich uranium enough for a nuclear bomb) is one year, but that is based on Iran only using the first-generation, less-efficient IR-1 centrifuges. With more powerful IR-8s and other advanced centrifuges, Iran could enrich uranium for a weapon much faster. In three to four years, the country could be able to deploy large numbers of advanced centrifuges – if it can convince the international community that its nuclear program is peaceful and that it should be treated like any other nation, without restriction on its nuclear and enrichment activities.