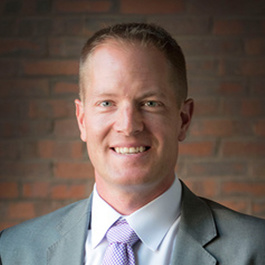 Simone O’Hanlon is Executive Assistant to Graham Allison, the Douglas Dillon Professor of Government at Harvard Kennedy School and former Director of the Belfer Center. For 15 years, she has managed to keep one of Harvard's most active administrators and professors on schedule and organized. We asked her to share thoughts on her important work at the Center. 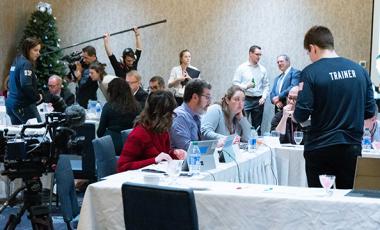 A number of factors in the fall of 2020 made it easier for agents of disinformation to cast doubt on the legitimacy of the election process and results—before, during, and after election day. Working to thwart them, however, was an army of well-trained election officials. Much of their training was carried out by the Belfer Center’s Defending Digital Democracy Project (D3P). 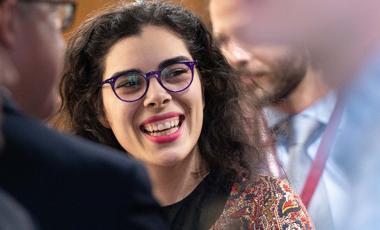 A common element in Erika Manouselis’s life is bridges. At the United Nations, she helped Brazil’s Mission strengthen its relationships across distance and difference. At a law firm afterward, she helped immigrants reconnect with loved ones. As the Project Coordinator for the Belfer Center’s Future of Diplomacy Project and Project on Europe and the Transatlantic Relationship, she works to connect policymakers, practitioners, and scholars with students from around the world. And most every day (in the current remote work era) Erika walks across some of the most iconic bridges in Manhattan. It’s a fitting pastime for someone who’s passionate about foreign policy and bringing people together.

To say that the Middle East Initiative (MEI) has shaped Julia Martin’s life would be an understatement. When she was a graduate student at Harvard Divinity School, Julia invited a friend to join her for an MEI film screening of The Band’s Visit. Amr accepted. Before long, they became husband and wife, and they are now raising three children together.

Our Spotlight in this newsletter is on Prof. Tarek Masoud, Faculty Chair of the Middle East Initiative (MEI).  In talking about MEI, Masoud says the Initiative is one of the most important ways in which HKS and Harvard engages with the contemporary Middle East. “It’s a bridge," he says. "My goal to make it into a superhighway.”

Fran Ulmer is a Senior Fellow with the Belfer Center’s Arctic Initiative. She also is Chair of the U.S. Arctic Research Commission and Global Board Chair of The Nature Conservancy. She has served in Alaska as Mayor of Juneau, State Representative, and Lieutenant Governor– the first woman elected to statewide office in the state. She also was Chancellor of the University of Alaska.

Rolf Mowatt-Larssen is departing as Director of the Belfer Center’s Intelligence Project. In that capacity, he has run the Recanati-Kaplan Foundation Fellowship, which educates rising thought leaders in national and international intelligence. He previously served for a quarter century in intelligence, both in the CIA, where he became station chief in Moscow, and the U.S. Department of Energy, where he was Director of Intelligence and Counterintelligence. After 9/11, he led Washington’s efforts to determine whether al Qaeda had WMD capabilities and to prevent a nuclear terrorist attack.

Dara Kay Cohen is a Ford Foundation Associate Professor of Public Policy at HKS. Her research spans international relations, including international security, civil war and the dynamics of violence, and gender and conflict. Her first book, Rape During Civil War, received several awards, including the 2017 Theodore J. Lowi First Book Award from the American Political Science Association. Cohen is also the recipient of the 2019 Emerging Scholar Award from the International Security Studies Section (ISSS) of the International Studies Association. Her current project is focused on the intersection of political violence, public opinion, and gender in Port-au-Prince, Haiti.

Bridging the Atlantic to Reinvigorate an Indispensable Relationship

At a time of questions about Europe’s unity, security, and prosperity—and about the commitment of the United States to its relationship with NATO and the European Union—the Belfer Center has launched a new Project on Europe and the Transatlantic Relationship to reinvigorate a continental bond that has anchored global order, provided peace and stability, and fueled economic expansion for seven decades.