The U.S.-China Relationship is at a Crossroads

Joseph Nye writes that some decoupling of interdependence is likely, particularly in areas related to technology that directly affect national security. But will Washington and Beijing go too far?

The competition between the United States and China will decide the continent's fate—and one of them has a head start. 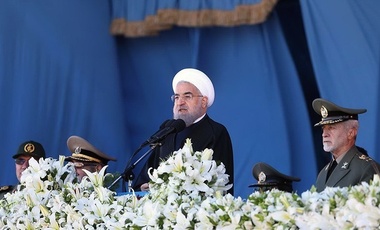 Secretary of State Mike Pompeo’s most recent announcement on Iran policy has raised some eyebrows. He indicated on Monday morning that the Trump administration will not renew waivers to importers of Iranian crude and that other suppliers (meaning Saudi Arabia) have agreed to increase production in to ensure the global oil market remains well-supplied. Skeptics question whether — after last summer’s debacle — there is sufficient trust between Washington and Riyadh for this arrangement to work. What skeptics may not have digested is that, while timing remains a problem, this is a classic win-win situation. It is a near-perfect example of the very limited universe of occasions when transactional diplomacy could actually work.

How Saudi Arabia and China Could Partner on Solar Energy

How Russia Is Taking Over the Middle East, One Country at a Time 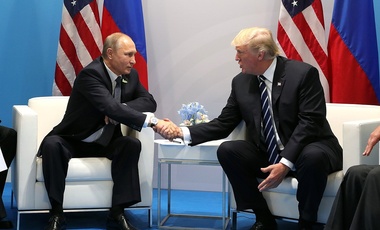 After a tumultuous week of unpredictable twists and turns during President Donald Trump’s visit to Europe, anxiety levels have risen among experts and policy makers about the coming summit between Trump and President Vladimir Putin. As President Trump himself has noted, there is no shortage of issues demanding the attention of the two leaders: Syria, Iran, arms control and — who knows — maybe even Russia’s interference in America’s elections. But energy could snake its way onto the agenda, and Trump needs to be careful not to give Putin concessions in exchange for something the Russian president already plans on doing.