A Sense of Purpose: The Bedrock of the U.S. Nuclear Deterrent

"The paradox of war is, the adversary will always move against your perceived weakness.  So a safe, secure and effective nuclear deterrent is there to ensure a war that can never be won, is never fought." Former Secretary of Defense James Mattis went on to say, "I am absolutely convinced that having this safe, secure, and effective deterrent is critical—the most critical piece of our nation's defense."  “At the end of the day, deterrence comes down to the men and women in uniform.” The question this paper addresses is: how do we motivate Airmen to give their best to perform this unsung duty, day after day, for years at a time?

The Recurring Folly of ‘If You See Something, Say Something’

Bill de Blasio warned New Yorkers on Friday that their city might be subject to retaliatory attacks from Iran. “I’m not saying this to be alarmist,” the mayor said as he and his underlings ticked off—in a slightly alarming fashion—a series of defensive measures the city might take after the American air strike that killed the Iranian general Qassem Soleimani. Though the New York Police Department had received no specific, credible threats, de Blasio and other officials warned of more bag checks at the subways and increased police presence throughout the city. The city is no stranger to terrorism and would maintain a better-safe-than-sorry posture. “If you see something, say something,” de Blasio said.

Recent talk of homeland threats, and the just-in-case operational response, are based on nothing more than the rather uncontroversial assessment that Iran will feel obliged to do something to respond to the killing of Soleimani. The homeland-security practices to which Americans became accustomed after 9/11 long ago became a bad habit—one more divorced than ever before from the kinds of threats the United States might actually face. Intended to calm the public, gestures like the ones de Blasio described presume that Iran would be both reckless and capable enough to target an American city—and that greater vigilance alone would prepare us for that possibility. Now nearly two decades old, the post-9/11 style of security theater also risks masking the real vulnerabilities in the American homeland against a potential Iranian action.

China and the United States hold opposing beliefs about whether nuclear war can be avoided in a potential crisis or armed conflict. Taken together, these opposing beliefs increase the risk of nuclear escalation and can lead to greater crisis instability.

The summit between President Trump and North Korea's Kim Jong Un in Hanoi, Vietnam, ended Thursday without any deal. The two sides failed to reach an agreement due to a standoff over U.S. sanctions on the reclusive nation. 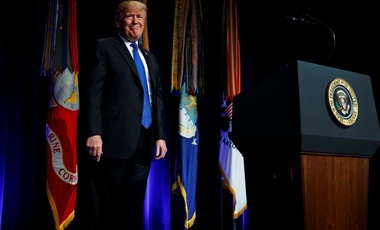 Neither MAD Nor Even: Looking Beyond Trump's Missile Defense Review

The author analyzes the policy implications of the U.S. January 2019 Missile Defense Review.

Inadvertent Escalation and the Entanglement of Nuclear Command-and-Control Capabilities

The risks of nuclear escalation between the U.S. and China or Russia are greater than ever given the possibility of misinterpreted cyber espionage and military strikes against early warning systems. What can be done to reduce this risk?

Escalation through Entanglement: How the Vulnerability of Command-and-Control Systems Raises the Risks of an Inadvertent Nuclear War

The risks of nuclear escalation are greater than ever given the possibility of misinterpreted cyber espionage and military strikes against early warning systems. 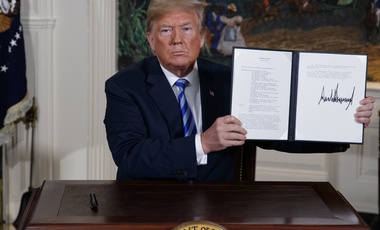 Closing the Deal: The US, Iran, and the JCPOA

The US withdrawal from the JCPOA has laid bare the strategic contradictions inherent in this approach. The United States has abrogated its leadership position on global nuclear non-proliferation while demanding trust and support from allies. It has also reopened the prospect of Iranian nuclear armament while forfeiting the moral and institutional ammunition the US would need to clinch a better deal.