Looking Ahead to 2023 by Looking Back

Stephen Walt decided to look back to see if 2022 had gone according to his expectations. In his last column of 2021, he had described "Biden’s 2022 Foreign-Policy To-Do List." What did he get right, what did he get wrong, and how well did the Biden administration perform? 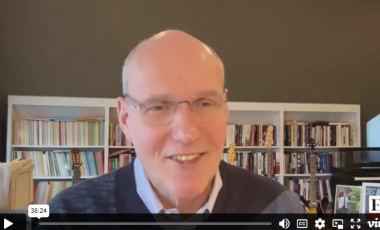 Stephen Walt on the Underweighted Risks of 2023

Stephen Walt provides A realist POV on the war in Ukraine, competition with China, COVID, and more in the second part of an interview with Foreign Policy Editor-in-Chief Ravi Agrawal.

The Final Hurdle: How to Secure the Iran Nuclear Deal

Abolghasem Bayyenat argues that without the JCPOA restrictions in place, Iran's nuclear program will expand and continue to acquire irreversible technical knowledge and competencies.

The Realist Case for a Ukraine Peace Deal

Stephen Walt argues that the ultimate goal should be conflict resolution in Ukraine—not just an end to the fighting but a political arrangement that makes a resumption of war later on less likely.

As the World Shuns Russia Over its Invasion of Ukraine, Iran Strengthens its Ties with Moscow

Nicole Grajewski analyzes why Russia's international isolation and acrimonious relations with the West offer Tehran and Moscow further incentives to strengthen relations as both face strategic loneliness in the international arena. Short of full recognition of Russia's territorial claims in Ukraine, Iran will likely remain one of the few states willing to outwardly support Moscow's narrative and political justifications for invading its neighbor.

An Illusory Entente: The Myth of a Russia-China-Iran “Axis”

This article examines the trilateral relations between Russia, China, and Iran through their engagement in various issues from domestic, regional, and international levels. It explores the practices and coordination between Russia, China, and Iran in the international order, the Iranian Nuclear Program, the Shanghai Cooperation Organisation, domestic regime security, and economic connectivity. The article concludes that although Russia, China, and Iran have had overlapping interests and approaches in terms of contesting the Western created and dominated international "liberal" order, strengthening domestic regime security, defending authoritarian governance, and supporting de-dollarization, all of which have brought the three sides closer, a Russia–China-Iran axis has not thus far materialized. Rather, due to the lack of regularized and institutionalized mechanisms, the tripartite relationship remains an illusory entente, which is essentially driven by the bilateral ties followed by modest trilateral coordination in ad-hoc situations.

America Has No Good Options on Iran

The hard truth is that the United States now has few good options for containing Iran’s nuclear program. It can persist with the no-deal status quo, allowing Iran to continue inching closer to a bomb while suffering under sanctions. It can pursue a return to the 2015 agreement and then attempt to get Iran to agree to a “longer and stronger” pact, as the Biden team has suggested. It can try for various other deals, either more or less stringent than the 2015 agreement. Or it can attempt to destroy Iran’s nuclear infrastructure with a military strike, possibly setting Tehran’s progress toward a bomb back by a few years but almost certainly provoking retaliation and possibly a sprint toward the nuclear finish line.

Abolghasem Bayyenat argues that rather than insisting that the JCPOA be restored strictly in its original form and implemented per its letter, the parties should seek to redress the agreement's imbalance in regard to its enforcement mechanisms and delivery of its economic benefits. 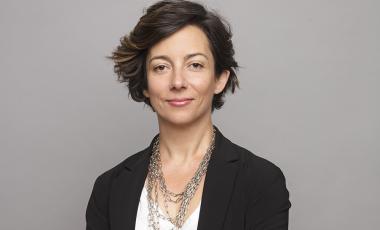