Ukraine and the Cuban Missile Crisis: What Would JFK Do?

Kennedy’s statecraft in the missile crisis provides a rich source of clues that can help illuminate the challenge the United States now faces, and the choices President Joe Biden is making.

As the best documented major crisis in history, in substantial part because Kennedy secretly taped the deliberations in which he and his closest advisers were weighing choices they knew could lead to a catastrophic war, the Cuban missile crisis has become the canonical case study in nuclear statecraft. Over the decades since, key lessons from the crisis have been adapted and applied by the successors of Kennedy and Khrushchev to inform fateful choices.

Dynamics of Nuclear and Radiological Terrorism Threats to Post-Soviet Russia

Simon Saradzhyan was invited to publicly brief the National Academy of Sciences (NAS) committee addressing the adequacy of strategies to prevent, counter, and respond to nuclear terrorism, and identify technical, policy, and resource gaps. The consensus study is a congressionally mandated analysis included in the 2021 National Defense Authorization Act (Section 1299I) sponsored by the Office of the Secretary of Defense (Policy).  Nearly 60 stakeholders concerned about this topic from the Department of Defense, US Department of Energy, National Nuclear Security Administration, State Department, National Security Council, US Congress, the National Labs, and many non-governmental organizations were in attendance. The briefings are available at the NAS event website. Video of the presentation can be found here.

The political crisis and human tragedy unfolding in Europe as a result of Russia’s invasion of Ukraine will dominate national security debates for the foreseeable future. As the world’s eyes focus on this conflict in the coming days and weeks, the Biden administration will likely also be rolling out key nuclear policy documents. There will be many issues to consider, but one that shouldn’t be missed—the urgency of which has been highlighted by recent developments in Ukraine, and particularly around the Chernobyl site—is the security of nuclear materials.

Concerns are mounting about the safety of Ukraine’s 15 nuclear reactors and the possibility of an ecological disaster in the midst of the Russian invasion.

“There are contingencies but I doubt that these power plants have prepared for a full-scale invasion,” said Mariana Budjeryn, a Ukrainian research associate with Harvard University’s project on managing the atom. “In the middle of a large scale conflict, there’s a myriad of things that could happen, for which normal, even very robust, safety procedures at a nuclear power plant [would be insufficient].”

With tensions growing between the United States and other nuclear-armed rivals, it is easy to forget that non-state actors continue to pose a serious nuclear threat. Yet, despite continuing evidence of this threat, in 2021, the headwinds confronting those working to reduce it only got stronger.

Efforts to reduce nuclear terrorism risks have entered a new era. Nuclear operators must defend against threats they have been aware of for decades—like well-funded and sophisticated non-state actors with global reach, malicious insiders, corruption—while learning to be resilient against new threats, such as those posed by adversaries employing new technologies or evolving pathogens that could cripple security forces.

The probability of terrorists getting and using a nuclear bomb appears to be low—but the consequences if they did would be so devastating that it is worth beefing up efforts to make sure terrorists never get their hands on a nuclear bomb’s essential ingredients. To see the possibilities, we need to look at motive, capability, and opportunity. 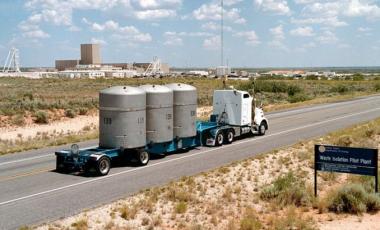 The Evolving Global Threat to Nuclear and Radiological Transports

On Sept. 13, 2021, Prof. Matthew Bunn presented his work on the evolving global threat to nuclear and radiological transports to the Transport Security Unified Stakeholders Group.

US-Russian Cooperation to Improve Security for Nuclear Weapons and Materials

Today, US-Russian political relations are as poisonous as they have been in decades. Former Secretary of Energy Ernest Moniz and former Senator Sam Nunn have warned that “not since the Cuban Missile Crisis of 1962 has the risk of a US-Russian confrontation involving the use of nuclear weapons been as high as it is today." In Washington, there is more talk of new sanctions than of paths to cooperation. Nevertheless, there are some hints in both capitals that despite the larger political confrontation, both sides would like to find areas of common interest where cooperation might be possible. The next time the US and Russian presidents meet and issue a joint statement, they should include direction for their nuclear experts to begin working together again— on an agenda that includes nuclear energy, nuclear security, nonproliferation, technologies for verifying future arms agreements, and more.

Security Under Strain? Protecting Nuclear Materials During the Coronavirus Pandemic

The coronavirus pandemic has had a significant impact on the nuclear industry, complicating operations and altering the delivery of both safety and security. This has generated concerns over the ability of governments and industry to provide vital services, while also protecting against changing threats that have evolved to take advantage of the pandemic. Christopher Hobbs, Nickolas Roth and Daniel Salisbury examine the nuclear security community’s response to this challenge, exploring how the risk landscape has been changed by the pandemic and the efficacy of new security solutions.