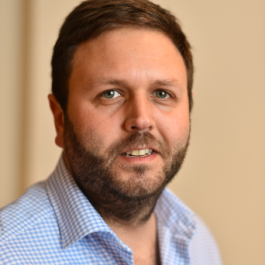 Of Moles and Missiles: Anatomy of a North Korean Arms Deal?

In October 2020, a parade celebrating the 75th anniversary of the founding of the Korean Workers Party showcased a range of new weapons systems, including a new large intercontinental ballistic missile. The same weekend saw the release of a fascinating documentary film directed by provocative Danish filmmaker Mads Brügger, entitled The Mole: Undercover in North Korea. The film consists of footage—much of it filmed undercover—that was shot over a period of 10 years. It tells the story of a retired Danish chef’s infiltration of the Korean Friendship Association (KFA), an international organization that seeks to promote the ideology, history, and culture of the Democratic People’s Republic of Korea (DPRK) and defend the country from its critics. The story culminates in the exploration of plans for a series of sanctions-busting deals: constructing an underground arms factory on a Ugandan island, shipping oil to North Korea, and supplying arms to unspecified customers of Pyongyang through a private arms dealer. This review essay seeks to contextualize the film’s contents, consider the insights it offers into North Korea’s arms dealing, and examine a number of questions that arise.

Following her release from detention in Iran, Nazanin Zaghari-Ratcliffe, held hostage since 2016, said: “what happened now should have happened six years ago”. She was referring to the fact that her release had been secured at the same time as the British government paid Iran a debt it had owed since the first day of her detention – and had in fact owed since the 1970s.

Nuclear Security in a Time of Crisis

While the COVID-19 pandemic has significantly impacted nuclear facilities, it is not the first crisis to do so. This paper will review the findings from the handbook published by Kings College and the Stimson Center, “Nuclear Security in Times of Crisis.” The handbook draws on lessons learned from four case studies that examine what happens to nuclear security during emergencies. Each case varies in terms of cause, scale, and duration, while the lessons are broadly applicable to nuclear facilities and regulatory bodies. Each case identifies steps taken to protect nuclear facilities and identifies areas for improvement.

North Korea frequently uses diplomatic missions, diplomats and intelligence officers in its Weapons of Mass Destruction (WMD) proliferation and arms trafficking networks. The paper places the use of these assets in historical context, provides a basic typology of their role, and considers why they have featured in North Korea’s networks. The paper identifies a number of trends surrounding the use of North Korean missions – including the types and locations of missions featuring in specific types of proliferation and arms dealing activities, the prominence of larger missions and use of third country and regional hubs. It argues that the persistence of these assets in the DPRK’s networks is largely a result of convenience and diplomatic immunity. The paper concludes by recommending further action to counter these assets while arguing that the phenomenon will continue to be a challenging feature of North Korea’s proliferation and arms trading activities.

Security Under Strain? Protecting Nuclear Materials During the Coronavirus Pandemic

The coronavirus pandemic has had a significant impact on the nuclear industry, complicating operations and altering the delivery of both safety and security. This has generated concerns over the ability of governments and industry to provide vital services, while also protecting against changing threats that have evolved to take advantage of the pandemic. Christopher Hobbs, Nickolas Roth and Daniel Salisbury examine the nuclear security community’s response to this challenge, exploring how the risk landscape has been changed by the pandemic and the efficacy of new security solutions.

The opening of the British archives has seen historians uncover the secrets of the UK's nuclear weapons programme since the 1990s. While a growing number have sought to expose these former secrets, there has been less effort to consider government secrecy itself. What was kept a secret, when and why? And how and why, notably from the 1980s, did the British government decide to officially disclose greater information about the British nuclear weapons programme to Members of Parliament, journalists, defence academics and the tax-paying general public.

International concern over nuclear terrorism has grown during the past few decades. This has driven a broad spectrum of efforts to strengthen nuclear security globally, including the widespread adoption of radiation-detection technology for border monitoring. Detection systems are now deployed at strategic locations for the purported purpose of detecting and deterring the smuggling of nuclear and radioactive materials. However, despite considerable investment in this area, few studies have examined how these programs are implemented or the operational challenges they face on a day-to-day basis. This article seeks to address this with a focus on radiation-detection efforts at maritime facilities. Utilizing practitioner interviews and a survey, this article identifies the factors that influence the planning and use of these systems in this fast-moving environment. The results clearly demonstrate that the implementation of these systems varies significantly across different national and organizational contexts, resulting in a fragmented global nuclear-detection architecture, which arguably undermines efforts to detect trafficked nuclear-threat materials. Greater consideration should therefore be given to developing international standards and guidance, designing and adopting tools to support key parts of the alarm assessment process, and broader sharing of good practice.