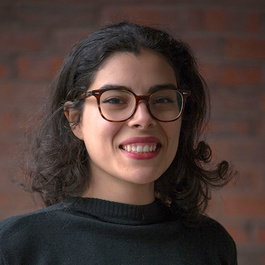 Erika Manouselis is the Research and Administrative Manager for the Belfer Center’s flagship research projects on diplomacy and international affairs: the Future of Diplomacy Project and the Project on Europe and the Transatlantic Relationship. In this role, she manages day to day operations, strategic communications, and contributes to research. In addition, she has spearheaded the Belfer Center-wide strategy for diversity, inclusion and belonging initiatives since June 2020, and for that, she was awarded the Peggy Scannell Award for Excellence by her colleagues.

Previously, she worked as an advisor and speechwriter at the Permanent Mission of Brazil to the United Nations from 2016-2017 where she helped Brazil with negotiations for the UN’s budgetary and administrative committee. Given her experience in academia and at the UN, she was invited to participate in the UN Department of Economic and Social Affairs' (DESA) “Workshop on Multilateralism in an Evolving World, Rebuilding Trust and Moving Forward” initiative, an intergenerational multi stakeholder dialogue between youth, the UN, and member states.

Additionally, Erika has been involved in multiple research projects on Brazil. She was a research assistant for the Opening the Archives Project, a digitization effort aimed at documenting U.S.-Brazil Relations from 1960s-80s, and for The Brazil Reader: History, Culture, Politics. She also served as a translator for a study on the implementation of Brazil’s National Common Core Curricular Base run by Columbia University's Consortium for Policy Research in Education. She is interested in the intersection of history and foreign policy, and authored a Belfer Center report on “The Modern Roots of the Graveyard for Diplomats: The Tripartite Conference on Cyprus in 1955.”

Erika holds a B.A. in Classics and political science with honors from Brown University, an MPhil in Political Thought and Intellectual History from the University of Cambridge, and a certificate in Marketing Management from the Harvard Extension School. She is a citizen of the U.S., Brazil, and the EU (Greece).