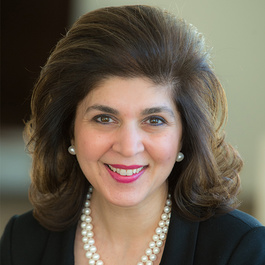 The anniversary of the September 11, 2001 attacks provides an important opportunity to reflect, to remember, and to mourn our losses, and the priority on this day should be honoring the victims and supporting their families. But it also offers a chance to review our responses, to gather and assess lessons learned, and to reflect on our own reactions to the tragic events in New York, Washington DC, and Shanksville, Pennsylvania. It is an opportunity to see the impact that misguided assumptions, hate, and fear have had on our societies.

What Does the Taliban Takeover Mean for Afghanistan and the Region?

With the swift Taliban takeover of Afghanistan, we asked Belfer Center experts for their insights on what this could mean for the region – and what actions concerned countries, including the U.S., might take now.

Radicalization in America Requires A New Plan: Biden Has A Good One

On June 14, the FBI announced that QAnon, a conspiracy movement fueled primarily through the internet, may inspire more violence in the months ahead. QAnon adherents played a central role in the insurrection at the U.S. Capitol on January 6, the first time since the War of 1812 that the heart of the American government been breached; now, it seems, America could see even more violence unless a deeper, more collective plan to stop it is unleashed.

After months of review, analysis, and listening, the White House released its much anticipated National Strategy to Counter Domestic Terrorism on June 15. Having promised to use the administration’s first 100 days to conduct a “comprehensive threat assessment,” the White House has been clear that dealing with this new hate reality is a priority. America has a perhaps unprecedented radicalization problem and the new, forward-leaning approach based on two decades of studying radicalization in the era of the Internet is now essential.

We asked several of our experts in intelligence and political violence to share their thoughts on the U.S. Capitol Police statement that militia groups may be planning to blow up the Capitol and “kill as many members as possible” during the upcoming (and still unscheduled) State of the Union address.  Erica Chenoweth, Paul Kolbe, Farah Pandith, and Nickolas Roth share their views. 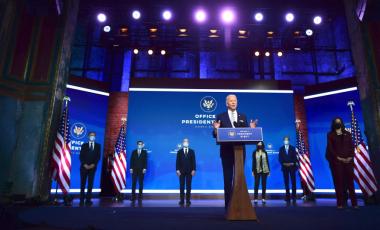 The future of the State Department

As President-elect Joe Biden announces his picks for the State Department's top positions, experts are making recommendations for how the department needs to change. As The World's Rupa Shenoy reports, many blame the Trump administration for the agency’s current status of profound crisis. But they say the problems are structural and began long before the current president took office. 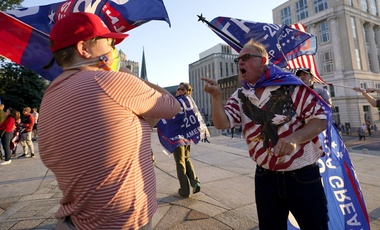 The United States manages relationships with almost 200 nations and, even with a tiny number that are truly enemies, we have almost always found ways to keep engagement alive. With this engagement we position ourselves to be more secure, stable, and influential, through building bridges, finding mutual interests, and creating coalitions. So why can’t we apply the same approach to ourselves, when we have far more in common among 50 states than we do with 200 nations? 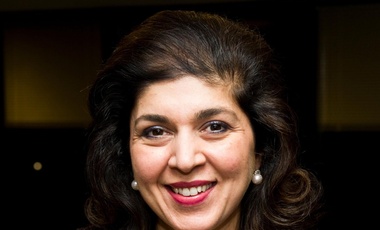 The Future of Diplomacy Project's Autumn 2019 Semester in Review

What an eventful autumn 2019 semester at the Future of Diplomacy Project! Check out some highlights from our programming.

The Future of Diplomacy Project's Spring Semester in Review

What an exciting Spring 2019 semester that we have had at the Future of Diplomacy Project. Here are some highlights from our events.

As Sri Lanka reels from a series of deadly Easter Sunday attacks, the problem of violent extremism enters the spotlight once again. How can the U.S. and the world anticipate and counter the threat of terrorism, which experts agree cannot be addressed by military means alone? Amna Nawaz talks to former diplomat Farah Pandith, whose new book “How We Win” outlines a strategy for keeping us safe.