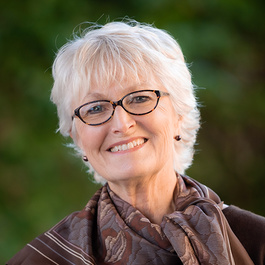 This session focuses on a warming-driven phenomenon—the rapid thawing of Arctic permafrost—that is contributing simultaneously to the most vexing of Arctic warming’s impacts both in the region and around the world. This session will target experts and non-experts who are interested in understanding the science and policy issues at the heart of this widely underestimated facet of the global climate-change challenge.

POSTPONED As the North Sea Ice recedes, the Arctic is increasingly becoming a target for great power competition: China is Advancing its “polar Silk Road,” While Russia continues to pursue legal, military and commercial avenues to exploit the geostrategic advantages arctic waters could offer it in the future. Where for decades the arctic was described as “high north, low tension” these realities are forcing a shift in strategic thinking within NATO, particularly among member states adjacent to Arctic waters and party to multilateral governance structures in the North, like the Arctic Council, whose parameters don’t address security questions per se. Other, non-(direct-Arctic actors, including Singapore, Japan and the European Union, alongside key individual members states have also developed their own strategies on the Arctic. In a March 11 seminar with U.S Ambassadors Paula Dobriansky, David Balton and Chair of the Arctic Research Commission, Fran Ulmer, we will examine key countries’ economic and national security interests in region; the role of the rule of law in the Law of the Seas in preventing conflict alongside critical questions of governance to balance environmental, economic and security concerns in this expert seminar. This event is co-sponsored with the Belfer Center's Arctic Initiative.

Please note that this week's seminar will take place in the David Ellwood Democracy Lab, not Bell Hall.

As always, this event is free and open to the public; no RSVPs required. Buffet-style lunch will be served. To view the full semester schedule for the Energy Policy Seminar Series, click here.

Each year the Belfer Center's Arctic Initiative sends a delegation of students to attend the world’s largest Arctic gathering, the Arctic Circle Assembly. This year, after a competitive application process, four students were selected to represent Harvard at the Arctic Innovation Lab. Come and hear their presentations before they leave for Iceland to pitch their ideas for a changing Arctic.

Please RSVP to brittany_janis@hks.harvard.edu by October 2 to secure your seat.

Can Women Tip the Balance for Climate Action? An Arctic Case Study

As climate change begins to impact communities globally, it's crucial for women to take a stand as leaders for ethical and equitable climate adaptation. Nowhere is this leadership challenge felt more strongly than in the Arctic.

This program is co-hosted by the Harvard Kennedy School's Arctic Initiative and the Women and Public Policy Program.

Join the Arctic Initiative for a conversation with Fran Ulmer, chair of the U.S. Arctic Research Commission, an independent agency that advises the federal government on domestic and international Arctic research. Fran will discuss how a rapidly warming Arctic impacts environmental, economic, and climate systems on a global scale.Open to the public. Refreshments served.