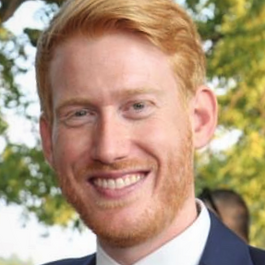 The Primacy of Geopolitics: Globalization and the British World Order, c. 1830 to 1932

What is the relationship between globalization and world order? Though some international relations theories credit economic interdependence with promoting geopolitical stability, modern imperial history suggests that the causal arrow points in the other direction — that processes of globalization depend, in large part, upon favorable, and often fleeting, geopolitical conditions. Surveying the history of Britain's "liberal empire," this seminar charts the rise and fall of 19th century globalization and its dynamic connection to the shifting balance of imperial power.

Everyone is welcome to join us online via Zoom! Please register in advance for this seminar:
https://harvard.zoom.us/meeting/register/tJAuce-sqjIjGtcduvszq8uiTd9nbVpb_CSv

Liberal ideas of foreign policy and international order helped to shape the British Empire in the 19th and 20th centuries. From 1846, the Pax Britannica rested on an integrated world system characterized by naval supremacy, free trade, and increasing globalization. Yet after 1870, the geopolitical context shifted rapidly as Britain's "liberal empire" faced rising economic and military competitors, notably imperial Germany. How did liberal politicians and intellectuals grapple with the challenge to British global power? Could the catastrophe of the First World War have been avoided? Focusing on Prime Minister William Ewart Gladstone (1809–1898), this seminar outlines liberal attempts to articulate and implement a grand strategy of restraint.

Everyone is welcome to join us via Zoom! Register in advance for this meeting:
https://harvard.zoom.us/meeting/register/tJAvduqpqTwiHNSoXA6xfGs_yZYtCrfN_H9H