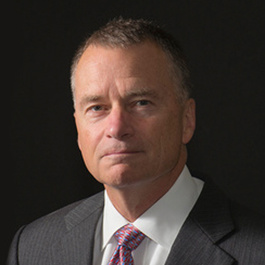 In January, either a second Trump administration or a Biden administration will face the most difficult foreign policy test the United States has experienced since the early years of the Cold War. This test stems not just from specific challenges but also from a growing imbalance among four classic variables of grand strategy: ends, ways, means, and the security landscape. Left unrecognized and unaddressed, gaps between U.S. ambitions and the U.S. ability to fulfill them will generate increasingly unacceptable strategic risks.

The Other Mine Warfare

Ask almost any U.S. Navy officer about mine warfare and the reply most likely will center on efforts to recapitalize the service’s surface and airborne mine countermeasures capabilities. It would be unusual to receive a response that has anything to do with the actual use of maritime mines by the United States or friendly nations.

The Navy’s response has been to dedicate additional resources and intellectual firepower to countermine warfare in an effort to preserve its freedom of maneuver. However, the service has overlooked the other half of the lesson: mines are a cheap and disruptive weapon in naval warfare.

Belfer Center experts offer insight and analysis of the Trump-Kim summit through statements and interviews.

On CBS's "Face the Nation," James A. Winnefeld, Jr. says that the joint strikes by the American, British, and French militaries on targets in Syria showed that the international community will not tolerate the normalization of the use of chemical weapons.

Safety Is a Matter of Principles

The recent unfortunate string of accidents in Seventh Fleet, including two serious collisions costing 17 Sailors their lives, has drawn fresh attention to operational safety. A blizzard of commentary has focused on possible causal factors, ranging from the demise of the Surface Warfare Officers School Basic Division Officer Course to overworked Sailors to decreases in readiness funding. While each of these factors may intersect the problem, none is dispositive as a single cause. Indeed, it often seems as though the commentary reflects a long-held axe to grind, or something that is politically expedient.

No Family Is Safe From This Epidemic

The last photograph of my son Jonathan was taken at the end of a new-student barbecue on the campus green at the University of Denver. It was one of those bittersweet transitional moments. We were feeling the combination of apprehension and optimism that every parent feels when dropping a kid off at college for the first time, amplified by the fact that we were coming off a rocky 16 months with our son.

The vast majority of companies are more exposed to cyberattacks than they have to be. To close the gaps in their security, CEOs can take a cue from the U.S. military. Once a vulnerable IT colossus, it is becoming an adroit operator of well-defended networks. Today the military can detect and remedy intrusions within hours, if not minutes.

One key lesson of the military’s experience is that while technical upgrades are important, minimizing human error is even more crucial. Mistakes by network administrators and users—failures to patch vulnerabilities in legacy systems, misconfigured settings, violations of standard procedures—open the door to the overwhelming majority of successful attacks.

Former Commander: Here’s What Happens When the President Orders a Nuclear Strike

Tensions on the Korean Peninsula have risen quickly this week on the heels of another long-range missile test, combined with public revelations that the Kim Jong-un regime may have miniaturized a nuclear weapon that can be mated to such a missile. If the North Koreans have also managed to solve the other significant challenges associated with a viable intercontinental ballistic missile (ICBM)—which is not at all certain—then they will have achieved an embryonic operational capability.

U.S. Downing of Syrian Warplane: A “Canary in the Coal Mine”

As U.S.-backed Syrian Democratic Forces (SDF) and Russia-backed Syrian government forces come ever closer to overlap in Raqqa Province and Deir al Zour, The Cipher Brief’s Leone Lakhani spoke with Admiral James ‘Sandy’ Winnefeld – former Vice Chairman of the Joint Chiefs of Staff – about what this means for U.S.-Russian relations in the Syrian conflict.

Bring Back the Nuclear Tomahawks

The West has been frustrated since 2012 over Russia’s decision to violate the 1987 Intermediate-Range Nuclear Forces (INF) Treaty by testing a new ground-launched cruise missile. The treaty, which eliminated nearly 2,700 missiles on both sides, prohibits production or flight test of any such missiles with a range between 500 and 5,500 kilometers. According to public reports, the Russians now have gone beyond testing and deployed the missile, further violating the treaty.

It is now time to stop scolding and up the ante. There is no reason for Russia to deploy these missiles. The Russians face no serious threat from west, east, or south—no nation on the planet wants to attack Russia. While diplomacy should not be abandoned, it will have to be backed by the only type of power Russia really understands: principled strength.