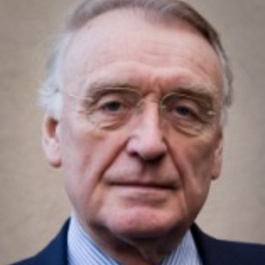 U.S.-European Relations: Where Do We Stand?

Although the initial turbulence in U.S.-European relations caused by the withdrawal from Afghanistan and the AUKUS agreement have subsided, challenges remain as both sides redefine their roles and relationship to adjust to a fast-changing international environment. This applies to a multitude of issues, including European security, relations to China, and climate change policy. This seminar will weigh in on the question of where U.S.-European relations stand today, and where they may be headed in the future.

This seminar is part of the Minda de Guzburg Center for European Studies' European Union Seminar and is co-sponsored by the Project on Europe and the Transatlantic Relationship.

A Debrief on the German Elections and the Post-Merkel Era

Please join the Project on Europe and the Transatlantic Relationship for a discussion with Dr. Daniela Schwarzer, Senior Fellow with the Project on Europe and Executive Director for Europe and Eurasia at the Open Society Foundations, about the consequential German federal elections which took place on 26 September 2021. After nearly two decades of leading Germany and Europe through various domestic and foreign policy challenges, incumbent Chancellor Angela Merkel will step down. What do the results of this election mean for Germany, Europe’s largest economy, the European project, and Europe’s role in the world? Karl Kaiser will moderate the discussion.

Since Henrik Enderlein tragically passed away on 27 May 2021, at the age of 46, people from across Europe and America have commemorated the life and work of this brilliant economist and thought-leader on economic policy-making, financial crises and fiscal federalism. Henrik Enderlein embodied the best of intellectual exchanges in Europe and America, as an alumnus of Sciences Po, former Pierre Keller Visiting Professor at Harvard, President of the Hertie School of Governance as well as Director of the Jacques Delors Center Berlin.

Please join the Harvard Kennedy School’s Project on Europe and the Transatlantic Relationship, as well as the French and German Ambassadors to the U.S., for a discussion on “A More Perfect Economic Union – A Transatlantic Tribute to Henrik Enderlein” on Wednesday, October 6 from 8:30-10:00 am ET with leading figures from Harvard, Sciences Po, the Hertie School, and the Jacques Delors Institute. Further details can be found below.

The U.S.’s withdrawal from Afghanistan has spurred European anxiety and frustration and also reignited a long-standing debate over European strategic autonomy, notably in the field of security and defence. Additionally, the recent historic trilateral security pact between the UK, U.S. and Australia in the Asia-Pacific (AUKUS) and its first major initiative of delivering a nuclear-powered submarine fleet has led to France recalling its ambassador to the United States in protest.

Please join the Project on Europe and the Transatlantic Relationship for a seminar with Nathalie Tocci, Pierre Keller Visiting Professor, Joe Nye, University Distinguished Service Professor, Emeritus, and moderated by Karl Kaiser, Fellow with the Project on Europe, to discuss the state of the relationship between Europe and the Biden administration given these challenges, what lies behind the European critique of U.S. foreign policy, and the implications this might have on a transatlantic approach to China. The discussion will also explore whether this moment represents a genuine turning point in European ambitions to assume greater responsibility and risk on security and defence, the obstacles that persist, and the future of the transatlantic partnership.

EU-U.S. Trade Relations: Where Do They Stand Under the Biden Administration?

Please join the Center for European Studies and the Project on Europe and the Transatlantic Relationship for a conversation about how over the past four years, EU-U.S. trade relations deteriorated due to President Trump’s protectionist policies and unilateral imposition of tariffs on European products. The Biden Administration and the EU have now agreed to come back to the table. This seminar will outline the priorities and assess the challenges in resetting the relationship.

In this presentation, Vivien Schmidt will discuss her new book Europe's Crisis of Legitimacy: Governing by Rules and Ruling by Numbers in the Eurozone (Oxford University Press, 2020), in which she argues that the European Union's crisis of legitimacy is a result of its management of the 2010 Eurozone crisis. Schmidt argues that the EU's approach to mitigate the crisis by 'governing by rules and ruling by numbers' not only caused havoc in the economy but fueled political discontent across the region.

The French and German Responses to COVID-19

Daniela Schwarzer, Director, German Council on Foreign Relations (DGAP), and Thierry de Montbrial, Founder and Executive Chairman, French Institute of International Relations (Ifri), will present and analyze the French and German responses to the COVID-19 crisis, with an eye on the Franco-German relationship and the European Union. Karl Kaiser, Fellow with the Project on Europe and the Transatlantic Relationship will chair this discussion.

This seminar is part of a series of events which explores COVID-19 from a transatlantic perspective. It is co-sponsored by the Minda de Gunzburg Center for European Studies at Harvard.

The State of EU-US Trade Relations: Between Conflict and Convergence

Berend Diekmann and Hans-Helmut Kotz will examine the main conflicts in EU-US trade relations during the Trump Administration by focusing on their background and possibilities, as well as prospects for cooperative solutions. The seminar will be chaired by Karl Kaiser and a light lunch will be served at 12:00pm.

A Transatlantic Friendship: A Personal Account of the Past and Future of EU/US Collaboration

Karl Kaiser and Guido Goldman, a German and an American, met when working for Henry Kissinger. They both made European/German-US collaboration the cornerstone of their careers and importantly, they became close friends. Come join us to hear them tell the story of their friendship, of what they perceived as the big challenge for their generation and what they have to say about the challenges of our generation in maintaining and (re)defining transatlantic relations.

The discussion will be moderation by Lucile Dreidemy, associate professor at the University of Toulouse and visiting scholar at the Center for European Studies.

Hosted by the Harvard Kennedy School's European Club and cosponsored by the Project on Europe at the Belfer Center and the Center for European Studies at Harvard.

France: A Key Player in Europe’s Relationship with China

As the first European nation having established diplomatic relations with the People’s Republic of China in 1964, France has always had a special link with Beijing. With China now presenting itself as the next superpower, how does France position itself? Does it advocate a stand-alone approach or a pan-European strategy? As the US-China relationship becomes more confrontational, where does Emmanuel Macron’s France stand on a transatlantic dialogue vis a vis China?