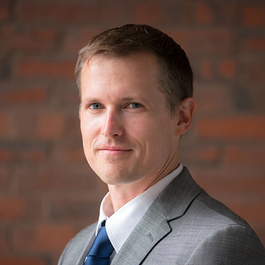 Massacre and Memory: Analyzing Violence in the Russian Civil War

Massacres are a common occurrence during times of war. Although the reasons vary as to why and the context within which this type of killing transpires, massacres also share certain characteristics across space and time. The greatest atrocity of the Russian Civil War in the Far East occurred in 1920 at Nikolaevsk, a town of 15,000 residents located near the mouth of the Amur River. By examining those who perpetrated the massacre, the types of violence they deployed, the victims who died, and how observers chose to document it, scholars and policymakers can understand what often seems at first glance to be senseless violence.

Everyone is welcome to join us online via Zoom! Please register in advance for this seminar: https://harvard.zoom.us/meeting/register/tJcuce2uqjssGtQlipRsIG2OTS0adywtkgT-

In 1917–1918, the Russian state collapsed and its empire disintegrated. The Bolsheviks, having seized power in November 1917, managed to hold onto authority amid repeated challenges from domestic and foreign opponents in all directions. In October 1922, Lenin's party emerged victorious from the rubble of one of the most destructive civil wars in history. Historians have put forward several convincing arguments for why the Bolsheviks were able to win the overall struggle. But the fact that the new regime was also able to reconstitute much of the Russian Empire, extending all the way to the Pacific Ocean, is as astounding today as it was unlikely in 1918. This presentation attempts to explain this accomplishment by framing the civil war in the Russian Far East as a contest between geopolitical, social, ideological, and international forces of centralization and decentralization. Building on the most recent historiographic trends in the study of the Russian Civil War, it also speaks to political science research on the broader issues of intrastate conflict, foreign intervention, and violence.