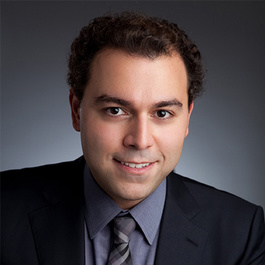 A Commander’s View of the Arabian Peninsula: Yemen, Iran, and the GCC in a New Middle East

In the rapidly changing Middle East, the geostrategic position of the Arabian Peninsula has taken on a renewed importance. In Yemen, the war has entered its fourth year and threatened the critical Bab al-Mandab shipping lanes, the Qatar-Saudi rift has pitted two close American allies against one another since 2017, and the Iran-Saudi rivalry has furthered geopolitical competition in the region since the onset of the Arab Spring. In addition to these dynamics, the United States must account for the increasing role of both China and Russia in the region. Please join us for a discussion on these new and pressing challenges with Vice Admiral Kevin Donegan (ret). He served as Commander of the U.S. Navy’s Fifth Fleet and Commander of the 32 Nation Combined Maritime Forces in the Middle East. Moderated by Iran Project Director Payam Mohseni. RSVP required: visit here.

Consequences of the U.S. Withdrawal from the JCPOA

With President Donald Trump's unilateral withdrawal of the United States from the Iranian nuclear agreement (JCPOA), the future of the deal is under serious question. Please join the Iran Project and The Project on Managing the Atom (MTA) for an expert-level roundtable analyzing the ramifications of this decision and the how leading international and regional players will react to these latest developments.

The First Annual Symposium on Islam, Dialogue, and Sectarian De-Escalation at the Harvard Kennedy School

The First Annual Symposium on Islam, Dialogue, and Sectarian De-Escalation at the Harvard Kennedy School has gathered a diversity of voices from leading scholars, religious authorities, civic community leaders, and policymakers alike to push forward analytical understanding and dialogue on the pressing topic of sectarianism in the Muslim world.

The View from Tehran: Trump, the JCPOA, and Iranian Policy Debates

As the Iranian nuclear deal appears to be increasingly at risk in the current political climate, Hassan Ahmadian will discuss recent perceptions and conversations in Iran regarding the Trump administration, Iranian policymaking objectives, and the future of the Iranian nuclear agreement (JCPOA). How will Iran react to increasing pressure and brinksmanship? What are Iran's strategies moving ahead?

Has Rouhani’s Promised Economic Revival Stalled? The Iranian Protests and Limits of the JCPOA

Professor of Economics at Virginia Tech and Associate at Belfer Center's Iran Project Djavad Salehi-Isfahani will discuss the economic performance of Iranian President Hassan Rouhani in the context of ongoing international uncertainty regarding the Iran nuclear deal, as well as the recent domestic protests in Iran. Discussion will be moderated by Payam Mohseni, Iran Project Director.

Iran in 2018: Between Regional Hegemony and Domestic Unrest

In an increasingly volatile Middle East, Iran in 2018 will continue to be at the center of regional developments--and at the top of headlines. The defeat of ISIS in Iraq and the victory of Assad in Syria is a strategic win for Iran and its allies and as post-war reconstruction gets underway in these countries, Iran will play a crucial role in governance, economic, and security issues. On the other hand, domestically Iran was embroiled with recent protests over the economy. What does 2018 hold for Iran? Will Iran continue its foreign policies or roll back its regional role due to domestic and international pressures? In light of the Trump administration’s increasingly confrontational rhetoric on Iran, Iranian responses and its domestic and foreign politics are again in the international spotlight and require careful consideration. Join Payam Mohseni, the Iran Project Director at the Harvard Kennedy School's Belfer Center for Science and International Affairs in this timely discussion. Co-sponsored by Harvard's WCFIA/CMES Middle East Seminar.

The Future of Iranian Power in the Middle East

The Iran Project is pleased to host J. Matthew McInnis, resident fellow at the American Enterprise Institute, for a conversation on Iran's strategic outlook in the Middle East. Given Iran's increasingly influential role in creating new realities on the ground, current geopolitical rivalries will be discussed along with how Iran is influencing various major areas of conflict in the region. The event will be moderated by Iran Project Director Payam Mohseni.

Will Rouhani Win? The Economy and the Upcoming Presidential Elections in Iran

The Iran Project is pleased to host the International Iranian Economic Association for a panel discussion on the future of the nuclear deal, its impact on the lives of average Iranians and the business scene in Iran, successes and failures of the Rouhani administration in responding to long term challenges in the water and energy sectors, and how these factors affect Rouhani’s chances for re-election.

Jon Finer, former Chief of Staff and Director of Policy Planning at the U.S. Department of State and Bernadette Meehan, Director of International Programs at The Obama Foundation will discuss US-Iran relations and the legacy of the Obama administration in relation to the current political climate. Moderated by Iran Project Director Payam Mohseni.

Harvard Iranian Weekend (HIW) is a global conference that serves as a platform to broadcast the distinct Iranian voices in today's America. This year’s theme is Engage, a direct call to action in convening the curious, bold, and bright members of the Iranian community.