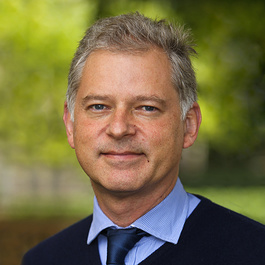 The below was Philippe Le Corre when he was affiliated with the Project.

Philippe Le Corre is an affiliate with the Project on Europe and the Transatlantic Relationship and a research associate with Harvard Kennedy School's Mossavar-Rahmani Center on Business and Government and Ash Center for Democratic Governance and Innovation at the Harvard Kennedy School. He is also an associate in research with the John K. Fairbank Center for Chinese Studies at Harvard and a non-resident senior fellow with the Carnegie Endowment for International Peace. He is a former fellow with the Belfer Center.

Philippe Le Corre's research interests include China’s geoeconomic rise, Chinese influence in Europe, Sino-European and transatlantic relations, Chinese outbound foreign direct investments and competition in Eurasia and Asia-Pacific. From 2014 to 2017, he was a visiting Fellow at The Brookings Institution in Washington D.C. Le Corre previously served as Special Assistant and Counsellor for international affairs to the French Minister of Defense and as senior policy analyst on Northeast Asia within the Ministry of Defense's directorate for strategy. He was also partner with Publicis Groupe, where he ran a team of consultants advising the Shanghai World Expo 2010. He started his career as a foreign correspondent based in Asia from 1988 to 1998.

Le Corre received an MPhil in Asian Studies at Inalco-Sorbonne, as well an MA in political science from Paris 1 University. He was a 2003-2004 Fellow with the Weatherhead Center for International Affairs (WCFIA) at Harvard and was awarded a Sachs Scholarship for his fellowship.