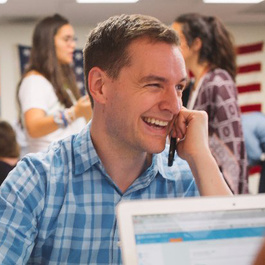 Beyond 2020: Policy Recommendations for the Future of Election Security

The 2020 election presents a paradox. Despite dramatic changes to the election process due to the COVID-19 pandemic and increasingly complex threats since the 2016 election, 2020 is widely regarded as “the most secure [election] in American history.” Operationally, it was also one of the smoothest. State and local election officials overcame unprecedented challenges and scarce resources to administer an election with fewer incidents of cyber compromises, technical failures or long lines than anticipated. After Election Day, recount procedures functioned as designed. Yet, amidst these successes, officials from both parties faced a barrage of mis- and disinformation about the election process that served to undermine confidence in the result.

Though the election security ecosystem survived the triple threat of cybersecurity, physical security, and mis- and disinformation in 2020, this success will prove to be hard to replicate in future election cycles without proper investment and reinforcement.

Influence Operations (IO), also known as Information Operations, are a series of warfare tactics historically used to collect information, influence, or disrupt the decision making of an adversary. IO strategies intentionally disseminate information to manipulate public opinion and/or influence behavior. IO can involve a number of tactics, including spreading false information intentionally. This is known as “disinformation.”

Skilled influence operations often deliberately spread disinformation in highly public places like social media. This is done in the hope that people who have no connection to the operation will mistakenly share this disinformation. Inaccurate information spread in error without malicious intent is known as “misinformation.”

This section of the Playbook includes recommendations and materials focused on the response process. It will help election officials respond to election-related mis and disinformation incidents quickly and in a coordinated fashion. 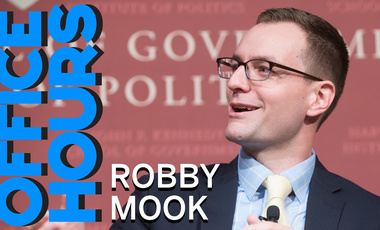 America vs. the Hackers: a Cyber-Security Bootcamp

It is a war game with a twist. Instead of army officers, election officials are in charge. Instead of battling against an enemy armed with missiles, defences are choreographed against hackers hidden behind foreign computers. With the US midterm elections fast approaching, more than 160 election officials from across the country have just months to learn how to defend democracy.

Election security has come under scrutiny over the last year -- and deservedly so. The 2016 election opened our eyes to how new technologies we rushed to purchase after the butterfly ballots and hanging chads of the 2000 election created new vulnerabilities hard to imagine at the time.

The information assembled here is for any campaign in any party. It was designed to give you simple, actionable information that will make your campaign’s information more secure from adversaries trying to attack your organization—and our democracy

Keep the Hackers Out of Our Elections

SPOILER ALERT: Foreign intervention in American politics is as old as our republic. John Adams warned about it in his inaugural address in 1797.