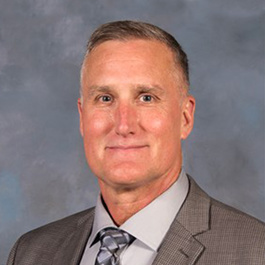 Across the Middle East, the security sector has exercised substantial influence over media, education, and religious institutions, often to the detriment of their societies and American interests. Could they instead become a force for positive reform, and what role might their American allies play in helping them? Please join the Intelligence and Defense Projects for a seminar with Middle East expert Joseph Braude, who will discuss these issues and provide a number of policy suggestions.

Please join the Intelligence and Defense projects for a session with former National Directorate of Security Director Rahmatullah Nabil and Former Associate Deputy Director of the CIA for Operations (ADDO) Bruce Valentine. Rahmatullah and Valentine will discuss the Afghan peace process, Istanbul conference, the implications of plans for full U.S. troop withdrawal by Sept. 11, 2021, and the future of Afghanistan. The discussion will look at building the service from scratch post 9-11, general liaison activities/operations during the conflict, and the confluence of intelligence service activities, allied and adversary, across Afghanistan. This talk will be moderated by Belfer Center Intelligence Project Director Paul Kolbe.

Please join MG(Ret) Bill Rapp in a lively talk with HR McMaster, former National Security Advisor and retired Lieutenant General, as McMaster discusses global security challenges for the United States and its allies in the coming decade.  McMaster calls for cleared eyed recognition of major threats facing the U.S. and to avoid the hubris that has marked much of the last thirty years of foreign policy.

Former National Security Advisor, Lieutenant General H. R. McMaster is a preeminent voice on leadership, global security and international affairs, recognized for his leadership in the Gulf War, Operation Enduring Freedom, and Operation Iraqi Freedom. Named one of TIME's "100 Most Influential People in the World" and Fortune's "50 World's Greatest Leaders", McMaster is renowned as a "warrior-intellectual." He is the author of two important and bestselling books on national security: Battlegrounds and Dereliction of Duty.

Defense Project Series: Should Women be in the Draft? A discussion about the future of the Selective Service in America

Please join us for an important and timely discussion on whether or not women should be required to sign up for the Selective Service and, therefore, potentially be involuntarily drafted into the military in the event of a national emergency.  Honorable Debra Wada served as Assistant Secretary of the Army for Manpower and Reserve Affairs and Major General (Ret) Dennis Laich served 35 years in the US Army Reserve and is the author of an influential book advocating for the draft.  Bill Rapp will moderate the discussion.

Dave Kilcullen, strategist/scholar/author, discusses the war in Afghanistan, the Taliban and ISIS, and how the United States and its allies might help Afghanistan forge a future of hope and promise vice a return to the dark days of the 1990s.  With the agreed deadline for American withdrawal from Afghanistan looming on 1 May and Taliban attacks ramping up, President Biden is faced with a difficult policy decision to stay in the war or leave.  Join Bill Rapp as he moderates this important discussion with the famed counter-terror expert.

In honor of Black History Month, please join the Defense Project for a session on Diversity in the Services, hosted by LtGen(ret) Charles W. Hooper, Captain Zeita Merchant NSF'20, and three current Harvard National Security Fellows, COL Thomas Caldwell, Lt Colonel Matthew Woods, and LCDR Roosevelt White. The panelists will describe their paths to this point, and discuss ideas on how the services can improve diversity, combat racism, and ensure inclusion of all as we head into this next decade.

Defense Project Series: The Future of U.S. Forces in Europe

Come join us to hear LtGen (Ret) Ben Hodges discuss the benefits of U.S. Forces remaining in Europe, his insights on the NATO alliance, and the value of the U.S. and allies keeping forward presence with troops in the Baltics and Black Sea region.  General Hodges retired in 2017 after three years as Commander of U.S. Army Europe and now serves as the Pershing Chair in Strategic Studies at the Center for European Policy Analysis. This session with be moderated by Major General (Ret) Bill Rapp.

Join us as Dr. Pete Mansoor Mason Chair of Military History, The Ohio State University, discusses the influence of culture on U.S. and international militaries and the resulting impact on war strategies and the prospects for success.  The executive officer to General Petraeus during the Iraq Surge in 2007-08, Pete Mansoor will talk about how biases and unstated assumptions impact the ability of militaries around the world to achieve success in conflicts.  This topic has become increasingly important in the past two decades.

Join LtGen (Ret) Mary Legere (former top ranking Army intel officer) and four current HKS National Security Fellows to discuss “Women in Intelligence” in the coming decade.  The panel will discuss the trends in intelligence, as well as the value of gender diversity in this important national security profession.

Defense Project Series: Military Coercion and US Foreign Policy: The Use of Force Short of War

Join the Defense Project for a seminar with James Siebens, Dr. Melanie Sisson, and Dr. Barry Blechman who will discuss the topic of their new book, Military Coercion and US Foreign Policy: The Use of Force Short of War.

Military Coercion and US Foreign Policy reveals that despite its status as sole superpower during the post-Cold War period, US efforts to coerce other states failed as often as they succeeded. In the coming decades the United States will face states that are even more capable and creative, willing to challenge its interests, and able to take advantage of missteps and vulnerabilities. Competition therefore will require that the United States resolve these challenges favorably without needing to resort to war.  This book provides guidance to a new Administration about the ways in which the US armed forces can work in concert with economic and diplomatic elements of US power to create effective foreign policy.

Dr. Barry M. Blechman is co-founder and a Distinguished Fellow of the Stimson Center. He has more than fifty years of distinguished service in national security in both the public and private sectors. Blechman has worked in the Departments of State and Defense, and at the Office of Management and Budget. During the Carter Administration, he was appointed by the President and confirmed by the Congress as assistant director of the US Arms Control and Disarmament Agency. At various times during his career, he has been associated with the Brookings Institution, the Carnegie Endowment for International Peace, the Center for Naval Analyses, and the Center for Strategic and International Studies.

Melanie W. Sisson is Vice President of Analysis at Govini, and a Nonresident Fellow with the Stimson Center.  Prior to joining Stimson, Dr. Sisson was a Senior Associate with the RAND Corporation, where she conducted research on force planning, strategic approaches to countering domestic and international terrorism, covert operations, and enhancing planning and management processes within the Department of Defense.

James A. Siebens is a Fellow with Stimson’s Defense Strategy and Planning program.  Prior to joining Stimson, Siebens worked as a Data Analyst at the National Consortium for the Study of Terrorism and Responses to Terrorism at the University of Maryland, where he contributed to a Defense Department project on Gray Zone conflict.