New forms of international cooperation and technology competition with China are the main drivers of public investment in energy innovation, though it remains insufficient to help meet climate goals.

The Environment and Natural Resources Program at Harvard Kennedy School’s Belfer Center for Science and International Affairs announced today that ColdHubs Limited is the winner of the 2022 Roy Family Award for Environmental Partnership. The company—born out of a partnership between the Smallholders Foundation, the Institute for Air Handling and Refrigeration (ILK Dresden), and the Deutsche Gesellschaft für Internationale Zusammenarbeit (GIZ)—uses solar-powered walk-in cold rooms to reduce post-harvest losses for smallholder farmers across rural Nigeria.

Dr. Youssef Chahed, former Prime Minister of the Tunisian Republic, has been named a 2022-2023 Senior Fellow with the Middle East Initiative (MEI) at Harvard Kennedy School’s Belfer Center for Science and International Affairs.

“Youssef Chahed is not just one of Tunisia’s–and indeed, the Middle East’s–most distinguished young public servants, he is also a first-rate scholar,” said Tarek Masoud, Ford Foundation Professor and MEI Faculty Director. “I am thrilled that he will be part of our community, and I know that my students and colleagues will learn much from him, both about how to govern amid extreme crises and about the underlying social, political, and economic drivers of those crises.”

Dr. Chahed will be in residence at the Kennedy School for the 2022-2023 academic year. During his fellowship, Chahed will focus on economic, security, and other policy challenges facing the Middle East and North Africa and will lead a study group on development and democratic transitions. He will also meet regularly with Harvard students and student groups and will speak at events across campus.

“I am honored to join Harvard Kennedy School’s Middle East Initiative for the 2022-23 academic year," Chahed said. "Ever since my first visit in April 2022, I have been impressed by the quality of Harvard Kennedy School’s students and faculty and by the depth of their interest in democracy and development in the Middle East. I look forward to advancing my research and reflection on these issues and to taking advantage of all the intellectual opportunities provided by this extraordinary institution.”

Dr. Chahed served as Prime Minister of Tunisia from 2016 to 2020. He is both the youngest head of government in Tunisia’s history and the longest serving since that country’s democratic transition in 2011. During his tenure, he made significant advancements in the fight against terrorism, launched an anti-corruption campaign, and navigated severe economic challenges. Prior to becoming Prime Minister, Chahed served as Secretary of State for Fisheries and Minister of Local Affairs.

Dr. Chahed holds a Ph.D. in Agricultural Economics from the Institut National Agronomique Paris-Grignon and taught agricultural economics at the Higher Institute of Agriculture in France.

The Middle East Initiative (MEI) at Harvard Kennedy School’s Belfer Center for Science and International Affairs is pleased to announce that Ambassador Edward P. Djerejian, former U.S. ambassador to Israel and Syria, will serve as a Senior Fellow this coming academic year. 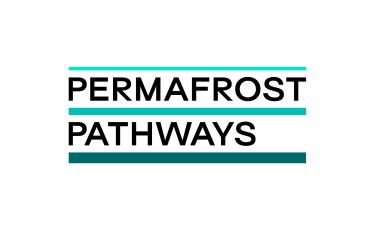 The Arctic Initiative at Harvard Kennedy School’s Belfer Center for Science and International Affairs, in collaboration with Woodwell Climate Research Center, the Alaska Institute for Justice, and the Alaska Native Science Commission, announced the launch of Permafrost Pathways: Connecting Science, People, and Policy for Arctic Justice and Global Climate. A multipronged $41 million initiative catalyzed through the The Audacious Project, the Pathways project will bring together leading experts in climate science, policy action, and environmental justice to inform and develop adaptation and mitigation strategies that address the local and global impacts of Arctic permafrost thaw.

Courtesy of the National Academy of Sciences

The National Academy of Sciences is presenting the 2022 NAS Public Welfare Medal to John P. Holdren for his many years of work on behalf of science, particularly in his role as science advisor to former President Barack Obama from 2009 to 2017, making Holdren the longest serving presidential science advisor since World War II.  The medal is the Academy’s most prestigious award, established in 1914 and presented annually to honor extraordinary use of science for the public good.

Over the next two years as on-road pilot programs and testing increase, self-driving vehicles will continue to move from novelty to closer to reality, meaning more drivers are likely to encounter them. Regulators must establish guidelines that ensure self-driving test vehicles are identifiable and consistent in their actions while on the road with human drivers, cyclists and pedestrians. Doing so will enhance people’s trust in self-driving vehicles while paving the way for drivers to safely interact with automated vehicle technology.

In 2019, the Belfer Center’s Arctic Initiative and the Wilson Center’s Polar Institute co-hosted a workshop with the Icelandic Chairmanship of the Arctic Council at Harvard Kennedy School entitled, Policy and Action on Plastic in the Arctic Ocean. This early-convening played a key role in fostering a policy discussion around tackling the problem of plastics in the Arctic Ocean.

The #ShareTheMicInCyber campaign will highlight Black women in the Security & Privacy sector throughout March 2021 in celebration of Women's History Month. Cybersecurity experts Camille Stewart of Google and Lauren Zabierek of Harvard Kennedy School's Belfer Center Cyber Project lead the call for prominent voices and cyber allies to share their social media platforms in an effort to amplify Black female voices and achievements in the cybersecurity sector.