The Next Administration Must Get Science and Technology Policy Right

John P. Holdren and coauthors argue that the next presidential administration must renew its commitment to investing in science and technology regardless of who wins in November. The United States is facing a great host of challenges that underscore the urgent need for renewed investment in the science and technology enterprise and the rapid application of new scientific knowledge and advanced technology to solve complex problems.

The Other Global Power Shift

Joseph Nye writes that the world is increasingly obsessed with the ongoing power struggle between the United States and China. But the technology-driven shift of power away from states to transnational actors and global forces brings a new and unfamiliar complexity to global affairs.

How the Coronavirus Pandemic Will Permanently Expand Government Powers

Stephen Walt and Bruce Schneier are two of the ten leading global thinkers that Foreign Policy invited to each give their take on an expansion of government powers as a result of the coronavirus pandemic.

The Sunset of an Industrial Plant and the Global Decommissioning Challenge

After many years of productive service, industrial plants reach the end of their useful life and must be dismantled. This complex and costly process, know as decommissioning (commissioning refers to the beginning of a plant useful life), is a confluence of economic, environmental, physical, and regulatory challenges.

Bruce Schneier  explains that there is no escaping the technology of inevitable surveillance. Consumers have little choice but to rely on the companies that build their computers and write their software, whether in  smartphones,  5G wireless infrastructure, or subway cars.  China is more likely to try to get data from the U.S. communications infrastructure like the United States does rather than try to produce a subway car outfitted with surveillance apparatus.

"President Donald Trump's executive actions of earlier this week, which attempt to undermine progress made under President Barack Obama to combat the menace of human-caused climate change, are yet another example of the new administration's propensity to let blind ideology "trump" clear-eyed science and good sense."

If this budget or anything close to it were enacted into law, the result would be a severe setback for international relations and America's standing in the world; for clean air and water for Americans: for progress in conquering cancer, influenza, and Alzheimer's; for the fight against human-caused climate change; for U.S. leadership in science and technology; for culture and the arts; and, yes, for American business, which depends on government services far more heavily than is generally recognized.  It can only be hoped that this misguided budget will be resoundingly rejected by Congress on a bipartisan basis.

Senior Advisor to the President, The Woods Hole Research Center 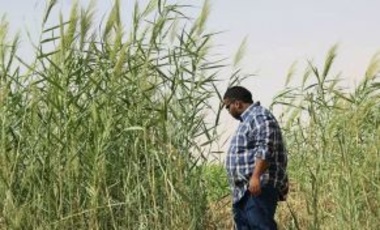 "Sustaining African agricultural transformation will require national policy approaches which emphasize the need to transition toward sustainable agriculture. More specifically, they will need to pursue strategies that allow for the integration of precision agriculture in existing farming methods. Such policies could focus on six key elements: biological diversity; ecology and emerging technologies; infrastructure; research and training; entrepreneurship and regional trade; and improved governance of agricultural innovation." 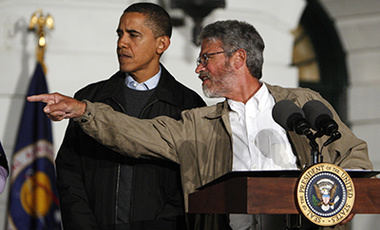 As assistant to the president for science and technology, director of the White House Office for Science and Technology Policy, and co-chair of the President’s Council of Advisors on Science and Technology (PCAST), Holdren has worked closely with Obama to reinvigorate America’s scientific capabilities on a range of policy fronts, from climate change and renewable energy to health care and nanotechnology.