Displaced Yemenis, who fled their homes by the fighting the port city of Hodeida, arrive in Sanaa, Yemen, Saturday on June 23, 2018.

The brutal war in Yemen may be moving toward a tipping point following a controversial siege of the port of Hodeida by a coalition led by Saudi Arabia and the United Arab Emirates.

A U.N. mediator and a top diplomat from the United Arab Emirates both expressed hope Thursday for a negotiated deal with Houthi rebels that could relieve pressure on the city. But they disagreed about details, and humanitarian groups warned that the assault is choking relief supplies for the country’s tormented civilian population.

Yemen is caught in a proxy war between the Saudi-UAE coalition, which backs the Yemeni government, and Iran, which supports the Houthis. The Saudis and Emiratis invaded in 2015 after the Houthis seized the capital, Sanaa. But the war bogged down, with heavy civilian casualties. The Houthis alienated many Yemenis last year by killing their ally, former president Ali Abdullah Saleh, after he switched sides and backed the Saudis.

Martin Griffiths, the U.N. special envoy for Yemen, said in a statement Thursday that he was “confident that we can reach an agreement to avert any escalation of violence in Hodeida.” News reports said the Houthis might be willing to turn management of the port over to the United Nations, easing the transport of food and other supplies.

Anwar Gargash, the UAE’s minister of state for foreign affairs, also expressed hope for a deal during a telephone interview Thursday night. But he said the plan the Houthis seem ready to accept — for U.N. oversight of the port — isn’t sufficient, and that the UAE and its allies want complete withdrawal of Houthi fighters from the city.

“We feel that if the Houthis are out of Hodeida, they will be much more realistic,” Gargash said. “The smart thing is to push hard on the perimeter, not enter the city, and say to the U.N., ‘Go back and get a better deal.’ ”

Past mediation efforts have foundered on just such disagreements about terms. A truce that seemed near in Sanaa many months ago, for example, was scuttled by Saudi and UAE demands that the Houthis surrender their heavy weapons, which they refused to do. In Hodeida, the Houthis don’t have much heavy weaponry, Gargash said.

The battle for Hodeida has been one of the most important of the three-year war. UAE commanders moved this month to assault the port city, hoping to tip the balance of the protracted conflict. Last week, the UAE-led forces seized control of the airport just outside the city center, and then called on the Houthis to withdraw.

“We don’t want to move further than the airport,” Gargash said. While he wouldn’t rule out an assault on the city center, he said: “It shouldn’t be fighting in the streets or homes. We don’t want that.”

The Hodeida offensive has been condemned by humanitarian groups that said the attack would further impede relief efforts. The port is the main transit point for nongovernmental organizations bringing food and other assistance into the battered nation. Amnesty International warned in a new report this week that the siege had meant a “stranglehold” of the city.

“We feel that taking Hodeida will shorten the war,” Gargash said, in explaining the rationale for the offensive. By taking the airport, he argued, “we’ve broken the stalemate.” If the U.N. can reach a deal for evacuation of fighters from the city, he maintained, “it will lay the groundwork for a broader political solution” in other parts of Yemen.

Saudi officials, similarly, believe their position has grown stronger in Yemen. Like the UAE officials, they keep insisting that if they maintain the squeeze, the Houthis will crack.

The full text of this publication is available via the original publication source.
Read Full Article
For more information on this publication: Belfer Communications Office
For Academic Citation: Ignatius, David.“The Brutal War in Yemen May be Moving Toward a Tipping Point.” The Washington Post, June 22, 2018. 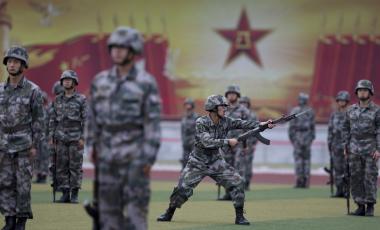 “The U.S. military, from a broader view, serves as a manifestation of U.S. commitment to the region,” Dunford said.
More from Joseph F. Dunford, Jr. 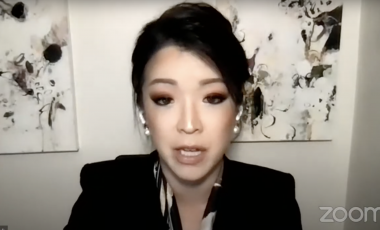 Jieun Baek moderated a panel with North Korean defectors on human rights violations and how to increase rights for North Korean people.
More from Jieun Baek 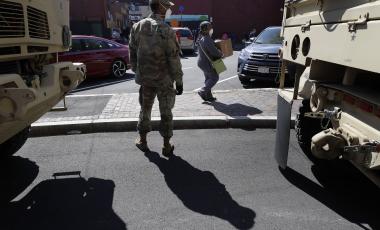 “You have to position to be prepared for the worst-case scenario,” Kayyem said.
More from Juliette Kayyem