After the riots at the U.S. Capitol in Washington, many are worried about the peaceful transition of power on January 20th. With the police failure and the discovery of numerous pipe bombs at the Capitol, Cathryn Clüver Ashbrook warns that the danger has not subsided.

Clüver Ashbrook does not believe that Impeachment proceedings are realistic given the short time available: "There are still many bureaucratic hurdles. And that will probably no longer be manageable in the next 12 days. But the advantage of such a process would be that Donald Trump could never again become President of the United States. "

Joe Biden, the future President, must act quickly and decisively after the handover and present results. "Especially for Trump supporters who have felt overlooked and neglected for years by the Democrats, the country's elite."

– Via the original publication source.
For more information on this publication: Belfer Communications Office
For Academic Citation: “Cathryn Clüver Ashbrook on the Political Consequences of the Storming of the Capitol.” ARD Online, January 7, 2021. 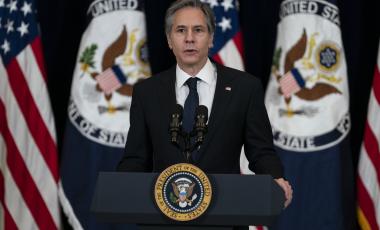 Rebuilding the JCPOA will require skillful diplomacy with Iran, the other parties to the deal, and Congress. It may not be possible.
More from William H. Tobey

Why Was SolarWinds So Vulnerable to a Hack?

The modern market economy’s incentive structure all but ensures that successful tech companies will end up selling unsecure products and services.
More from Bruce Schneier

On March 19, cyber and privacy practitioners and Black women who specialize in cybersecurity and privacy will be paired together to share their voices and expertise on social media.
More on Cyber Security