Hot Off the Presses

In this issue, we highlight five new books by Belfer Center members.

"...a brisk, authoritative, and candid biography, and a wonderfully compelling history of America’s heady and troubled mid-century rise."

—  Jill Lepore, author of "These Truths: A History of the United States" 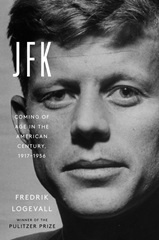 This volume explores the first thirty-nine years of JFK's life—from birth through his decision to run for president— to reveal his early relationships, his formative experiences during World War II, his ideas, writings, and political aspirations. Logevall’s writing illustrates a more serious, independently minded Kennedy than we've previously known, whose international sensibility would prepare him to enter national politics at a critical moment in modern U.S. history.

"...an important contribution to our understanding of extralegal violence, marshaling novel cross-national data on lynchings... " 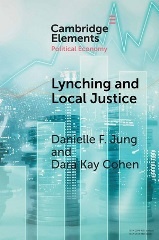 What are the social and political consequences of poor state governance and low state legitimacy? Under what conditions does lynching — lethal, extralegal group violence to punish offenses to the community — become an acceptable practice? The authors argue lynching emerges when neither the state nor its challengers have a monopoly over legitimate authority. When authority is contested or ambiguous, mass punishment for transgressions can emerge that is public, brutal, and requires broad participation.

"...this book offers thoughtful analyses about the current state of homeland security as well as recommendations for its future." 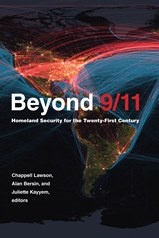 Beyond 9/11: Homeland Security for the Twenty-First Century

"...a highly accessible and engaging history of U.S. diplomacy written by one of the country's smartest and most capable foreign policy practitioners." 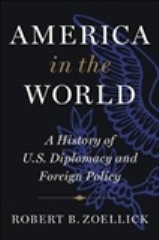 America in the World: A History of U.S. Diplomacy and Foreign Policy

By Robert B. Zoellick, Senior Fellow, Belfer Center for Science and International Affairs

Both a sweeping work of history and an insightful guide to U.S. diplomacy past and present, America in the World serves as an informative companion and practical adviser to readers seeking to understand the strategic and immediate challenges of U.S. foreign policy during an era of transformation.

"...an original archival history of government secrecy, public relations and the debate surrounding nuclear weapons in Britain from 1970 to 1983." 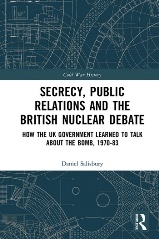 Secrecy, Public Relations and the British Nuclear Debate: How the UK Government Learned to Talk about the Bomb, 1970–83

By Daniel Salisbury, Associate, Project on Managing the Atom

The book contrasts the secrecy and near-silence of the Heath, Wilson, and Callaghan governments on nuclear issues in the 1970s with the increasingly vocal case made for the possession of nuclear weapons by the first Thatcher government following a shift in approach in 1980.

The Pandemic is Ending With a Whimper

Juliette Kayyem weighs in on determining the acceptable trade-off between preventing infections and resuming pre-pandemic routines.

The U.S. and China Are Already at War, But Which Kind?

The U.S. and China seem to be falling into the dangerous Thucydides Trap described by Graham Allison. Can they avoid outright war?

Despite its potential benefits, artificial intelligence presents significant risks that are best addressed sooner rather than later, writes Joseph Nye.