From the end of austerity policies to the worrying rise of compulsory digitalization, Harvard Kennedy School faculty see a world changed by the coronavirus pandemic.

For months, the coronavirus has crawled across the globe. One person at a time, it has passed through millions, reaching every corner of the earth. And it has not only infected people, but every aspect of our human cultures. Policymakers and the public sector face their biggest test in generations—some say ever—as lives and livelihoods hang in a terrible, delicate balance. Facing health crises, economic collapse, social and political disruption, we try to take stock of what the pandemic has done and will do. We asked Harvard Kennedy School faculty, in fields ranging from climate change to international development, from democracy to big power relations, to tell us how this epochal event has changed the world. 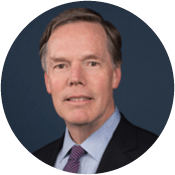 We are facing the most consequential set of challenges since the Great Depression and World War II. The United States, in particular, is at a dangerous turning point facing four fundamental crises:

There is hope. Americans have taken to the streets in the largest peaceful demonstrations in recent decades. Our businesses and universities lead the world in the digital age. The courts, career public servants in Washington, and the military leadership are defending democracy. Our students are ready to lead and to write the next chapter in the American story. 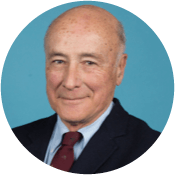 Will the COVID-19 pandemic change or accelerate pre-existing global trends? Many commentators predict the end of the era of globalization that prospered under U.S. leadership since 1945. Some see a turning point at which China surpasses the United States as a global power. Certainly, there will be major changes in many economic and social dimensions of world politics, but humility is in order. One must be wary of assuming that big causes have predictable big effects. For example, the 1918–1919 flu pandemic killed more people than World War I, yet the major global changes were a consequence of the war, not the disease.

Thus far American foreign policy has responded by denial and blaming others rather than taking the lead on international cooperation. On a speculative counterfactual, imagine an American administration taking its cue from the post-1945 U.S. presidents I describe in Do Morals Matter? Presidents and Foreign Policy from FDR to Trump. For example, the United States could launch a massive COVID-19 aid program—a medical version of the Marshall Plan. Instead of competing in propaganda, leaders could articulate the importance of power with rather than over others and set up bilateral and multilateral frameworks to enhance cooperation. Recurrent waves of COVID-19 will affect poorer countries less able to cope and a developing-world reservoir will hurt everyone if it spills northward in a seasonal resurgence. In 1918, the second wave of the pandemic killed more people than the first. Both for self-interested and humanitarian reasons, the United States could lead the G-20 in generous contributions to a major new COVID-19 fund that is open to all poor countries. If a U.S. president were to choose such cooperative and soft-power-enhancing policies, it might create a geopolitical turning point to a better world. More likely, however, the new coronavirus will simply accelerate existing trends toward nationalist populism, authoritarianism, and tense relations between the United States and China.

The COVID-19 pandemic is the most disruptive global event since the Great Depression and World War 2. More than 7 million people have been infected in less than six months, more than 400,000 people have died, and many more deaths will occur even if effective vaccines or treatments are eventually found. The economic costs are staggering: much of the world has fallen into recession, public debt levels are soaring, and future growth prospects have dimmed.

Yet despite these far-reaching effects, the current pandemic will not transform the essential nature of world politics. The territorial state will remain the basic building-block of international affairs, nationalism will remain a powerful political force, and the major powers will continue to compete for influence in myriad ways. Global institutions, transnational networks, and assorted non-state actors will still play important roles, but the present crisis will not produce a dramatic and enduring increase in global governance or significantly higher levels of international cooperation.

Instead, COVID-19 is more likely to reinforce divisive trends that were underway before the first case was detected. In particular, it will accelerate a retreat from globalization, raise new barriers to international trade, investment, and travel, and give both democratic and non-democratic governments greater power to track and monitor their citizens’ lives. Global economic growth will be substantially lower than it would have been had the pandemic not occurred. Relations among the major powers will continue the downward trend that was apparent before the pandemic struck.

In short, the post-COVID-19 world will be less open, less free, less prosperous, and more competitive than the world that many people expected to emerge only a few years ago. 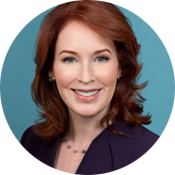 The coronavirus and the immobilization of much of the global economy that followed have created enormous challenges for energy markets. These challenges have been most pronounced in oil, in large part due to the fact that the majority of the world’s oil consumption is for transportation. Constraints on the mobility of billions of people around the world resulted in a drop in oil demand of approximately 25 million barrels a day, out of a pre-COVID demand of 100 million. This cratering of demand led to a dramatic decrease in prices, including a day in which the American benchmark for oil went into negative price territory.

These developments, and fear that such volatility in one of the world’s largest and most strategic industries could further exacerbate a teetering global economy, led to an unprecedented mobilization of international actors. In an extraordinary shift from past positions, the G20, the United States, and even President Trump personally became actively involved in brokering a deal among OPEC members and other allied producers to agree to the largest oil production cut in history. This cut, and market forces which brought several million more barrels of oil off-line in the United States, Canada, and elsewhere, has helped stabilize oil markets, albeit from historic lows.

But critical questions remain, and debates are raging about whether the energy landscape will ever return to pre-COVID parameters. One of the most important, questions revolves around whether this abrupt rupture in energy markets can be translated into a boost for the transition to a more environmentally sustainable global energy mix. The answer to this question depends on how durable changes in consumer behavior are (particularly around travel), and whether governments seize the opportunity that pumping economic stimulus into their economies gives them to advance the energy transition. Europe has already demonstrated a willingness to use its stimulus packages to further the transition; China’s actions demonstrated a mixed intent, and—thus far—there has been little indication that advancing a clean energy transition is high on the list of U.S. policymakers’ priorities. The world has at least one opportunity to create a silver lining from the COVID crisis, but it will require vision and action to realize.

Meghan O’Sullivan is Kirkpatrick Professor of the Practice of International Relations.

Good and Bad News for Climate 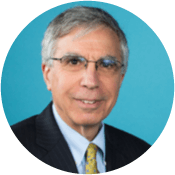 The coronavirus pandemic will likely have profound effects on both climate change and climate change policy.  These impacts are mainly—but not exclusively—due to the severe economic downturn that has been brought about by the response of governments, firms, and individuals to the pandemic. With depressed economic activity, there has been and will continue to be a net reduction of emissions of carbon dioxide and other greenhouse gases linked with the observed net decrease in energy demand. Without the pandemic, overall, global emissions might have peaked in 2024. Instead, it now appears that global emissions may have peaked last year, in 2019. That’s good news for climate change, but economic recession is surely not a desirable approach to mitigating emissions.

The impact of economic recession is surely less positive for the course of environmental and climate change policy. Political will for environmental policies and regulations always decreases during economic downturns. However, the financial responses by governments to the recession can compensate for this, at least partly. Short-term financial assistance and economic relief have reasonably been focused on helping economies recover as rapidly as possible, as well as targeting relief to those in society who have been particularly disadvantaged. But long-term economic stimulus can include elements that help move the economy in a green, climate-friendly direction—less reliance on fossil fuels, greater reliance on renewable sources of energy, and greater efficiency in the production and use of energy. In the last recession, the American Recovery and Reinvestment Act of 2009 included abundant use of such green incentives. And now the European Union’s proposed Economic Recovery Plan does likewise. Whether such an approach is used this year and next year in the United States, however, depends upon difficult domestic politics, not to mention the outcome of the November election.

The full text of this publication is available via the original publication source.
Read Full Article
For more information on this publication: Belfer Communications Office
For Academic Citation: “How COVID-19 has changed public policy.” Harvard Kennedy School, June 24, 2020.