In this Aug. 30, 2021, file photo flooded streets and homes are shown in the Spring Meadow subdivision in LaPlace, La., after Hurricane Ida moved through. In a season of daunting wildfires and flooding, the Biden administration is taking an initial step to assess how climate change could harm financial markets.

A Realistic Response to the Climate Wake-up Call

Leaders across the world raised the alarm in response to the latest assessment of climate change by the Intergovernmental Panel on Climate Change (IPCC). Christiana Figueres, the former executive secretary of the UN Framework Convention on Climate Change said, "This is a massive wake-up call that is sounding yet another alarm bell." Al Gore warned "There is no time left to waste," and UN Secretary-General Antonio Guterres said, "A code red for humanity."

IPCC reports have often been labeled a "wake-up call" by leaders and environmental advocates, such as in 2018, 2014, 2007 and 2001. The critical question is how we should respond to such an alarm. Thus far, hope has triumphed over experience. The usual response is to call to redouble our efforts to cut greenhouse gas (GHG) emissions, without noting that prior calls have not been heeded.

An unprecedented, global emissions-cutting program is urgently needed; we agree. But that would be far from sufficient. We must also confront some exceedingly uncomfortable facts. While rhetoric has soared; the policy has flopped. Since the nations of the world agreed on a climate change treaty after the first IPCC report, global carbon dioxide emissions have increased 60 percent. The most ambitious emissions-cutting scenarios imaginable will be insufficient to avoid extreme human suffering in the coming decades, and beyond.

Meeting net-zero emission goals could avoid the worst consequences of climate change, but massive losses to life, health and property would persist. A realistic response to climate change, one that could significantly curb consequences to human wellbeing, requires objective assessment and a new policy direction. The world must get serious, urgently, about solar geoengineering....

The full text of this publication is available via The Hill.
Read Full Article
For more information on this publication: Belfer Communications Office
For Academic Citation: Aldy, Joseph and Richard Zeckhauser.“A Realistic Response to the Climate Wake-up Call.” The Hill, August 30, 2021. 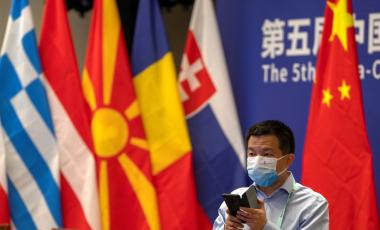 Will Europe Ever Really Confront China?

Stephen Walt explains why the Biden administration should not expect its closest European allies by its side as it gears up for a long-term struggle in China.
More from Stephen Walt 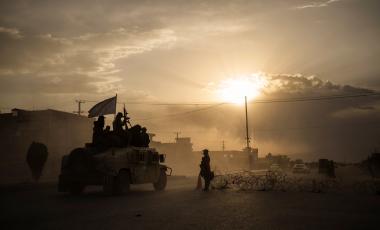 The Unseemly Side of Small Wars 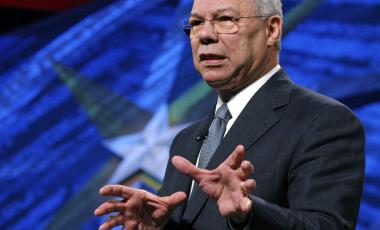 Powell's Legacy, in Admirers' Words and His Own

Kennedy School faculty members recall the general and statesman as ‘best of America.' In 2015 Harvard interview, the child of immigrants reflected on his public life, including missteps.
Read article in Harvard Gazette