The Treaty on the Non-Proliferation of Nuclear Weapons. 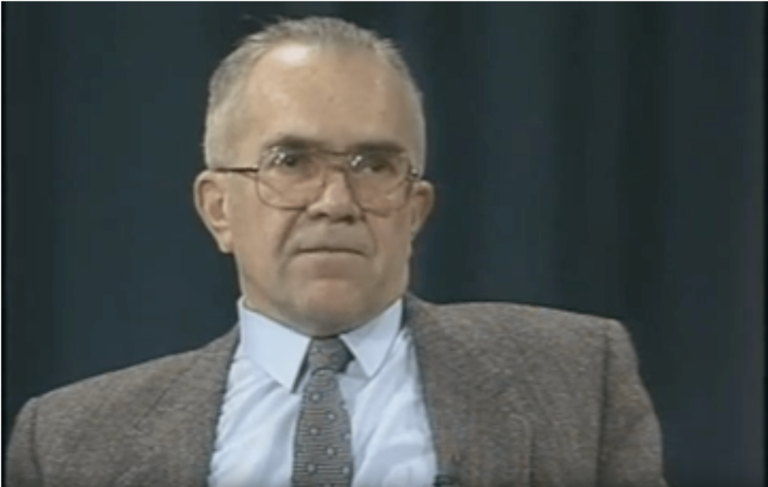 Roland Timerbaev (University of California Irvine/Quest for Peace via YouTube).

Roland Timerbaev, who passed away in mid-August at the age of 91, was a true giant—both as an arms controller and as a human being. I doubt we will see his like again.

He is best known for his key role in negotiating the nuclear Nonproliferation Treaty, where he first met my father, George Bunn, who served on the U.S. delegation. As Timerbaev remembered, while neither of them were the heads of their respective delegations, they were often the “day-to-day negotiators” of the treaty, assigned to find ways to overcome the blockages that arose.1 It was Timerbaev and his colleague Vladimir Shustov, with Bunn and the U.S. delegate Culver Gleysteen, who broke the impasse on the safeguards article during a hike in the mountains near Geneva, even though both sides had been instructed not to compromise.2

Working together on the NPT, Timerbaev and my father built a close friendship and professional partnership that lasted the rest of their lives; in a letter for a Stanford celebration of my father’s career in 2004, Timerbaev wrote that their friendship and cooperation had been “the most rewarding [professional] thing I have ever experienced.”

The NPT was by no means the end of Timerbaev’s nonproliferation work. He played a key role in launching the Nuclear Suppliers Group, working through the night with British ambassador John Thomson (later the founding chairman) in early 1975—with the assistance of a good dinner and some whiskey back in the hotel room—in negotiating the documents that announced the initiative. He made major contributions to IAEA safeguards, to the negotiation of the Anti-Ballistic Missile Treaty, and to many other key nuclear accords.