The Saudi Economy Moves Closer to Russia and China

Since the October death of Jamal Khashoggi, Riyadh’s economic relationships have been the subject of intense international scrutiny. Most major governments have been distancing themselves from Saudi Arabia. In particular, the withdrawals from the Future Investment Initiative (FII) to the German freeze on arms exports, both governments and some in the private sector have been keen on distancing themselves from the country. In recent weeks, strong U.S. Congressional reactions have been discussed, and will soon be at the forefront of the narrative.

That said, Saudi Arabia is far from being isolated on the global economic stage. As Treasury Secretary Steve Mnuchin withdrew from attending the Future Investment Initiative, the CEO of Russia’s sovereign wealth fund, Kirill Dmitriev, led a delegation of over thirty CEOs. Even in the face of American pressure and increased international scrutiny, prominent American energy firms, like Halliburton and Baker Hughes GE, signed memorandums of understanding with Aramco at the FII, while Saudi tech investment has continued to flow to Silicon Valley startups, like View and Zume. Over the medium term, Saudi growth is expected to recover from its 2017 lows, likely powering more economic shifts in the country. 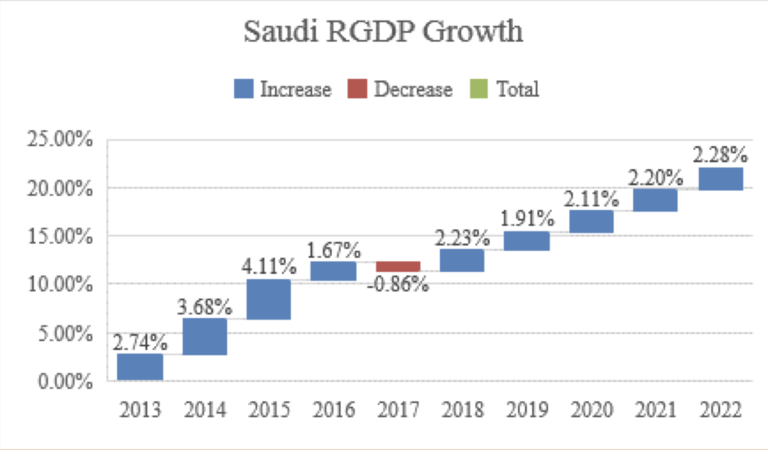 Since the Fracking Revolution, Saudi Arabia has embraced closer energy cooperation with non-Western powers, like China, Russia and India. In the downstream energy industry, the Saudis have embraced greater investment in the refining and petrochemical sectors. In the 1980s, the Saudis made their first forays into this field through a string of joint ventures (JVs) in the North American market, and are today the owners of the largest refinery in the United States (Port Arthur).

Similarly, Aramco sent its first delegates to China as early as 1989, but reached its first deal much later in 2007. Since then, Aramco has opened several refineries in Liaoning and Zhejiang, and in the future, it could revisit its stalled refinery project in Yunnan. The pace of this deal making has been accelerated by the decline of Saudi market share in the Chinese energy mix, sinking to 13.1 percent in March 2018 from as high as 20 percent in 2013. Having been overtaken by Russia as China’s largest supplier, the Saudis are eager to establish long-term supply contracts in the country and raise Aramco’s international profile.

Aramco has launched projects throughout Asia, including in Maharashtra, India, Johor, Malaysia, and Gwadar, Pakistan. These projects all reflect the dynamics of a new global oil market, as the United States rises among the ranks of global producers. 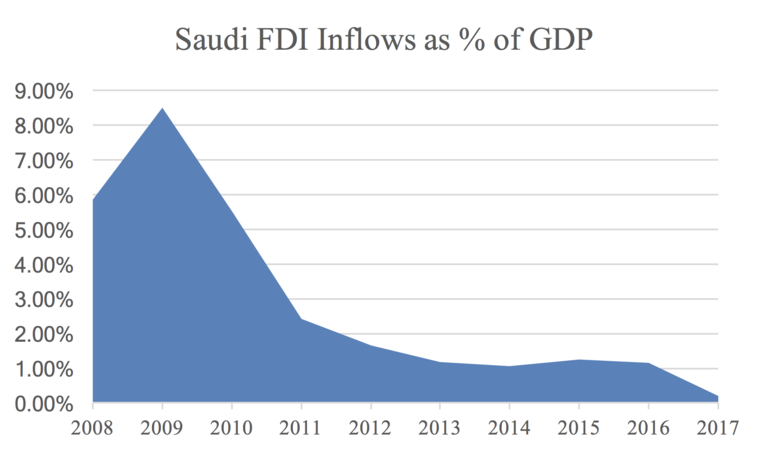 The full text of this publication is available via the original publication source.
Read Full Article
For more information on this publication: Belfer Communications Office
For Academic Citation: Greenwald, Michael.“The Saudi Economy Moves Closer to Russia and China.” The National Interest, December 5, 2018.