Take the Next Step Toward Racial Justice

This incipient movement risks being reduced to a fleeting instant of heightened consciousness.

Since George Floyd’s murder, America has begun a remarkable reckoning with racial injustice. People of every race and generation have come together in largely peaceful protests across the nation to halt police brutality, which is disproportionately directed at people of color. But many Americans are demanding much more — that we finally redress the systemic racism that persists in this country, understanding that it diminishes us all.

This defining moment, unlike any since the 1960s, has the potential to transform the country into one that is far more just and equal for all its citizens. Yet, this incipient movement also risks being reduced to a fleeting instant of heightened consciousness, one that dissipates in the fog of pandemic, economic recession and a bitter presidential campaign.

Much of the progress to date, while welcome, has been symbolic or superficial. Once reluctant institutions, from NASCAR to the Mississippi State Legislature and the U.S. military, now bar the Confederate battle flag from public display. Black Lives Matter murals adorn streets outside the White House and Trump Tower in New York. Confederate monuments are coming down.

In the corporate world, executives are scrambling to diversify their c-suites and boardrooms, to source more products from African-American suppliers and donate to nonprofits supporting communities of color. Companies are rushing to retire brands with racially charged histories, like Aunt Jemima pancakes and Washington’s N.F.L. team.

At the municipal level, some cities are reviewing their budgets in response to calls to reallocate resources from law enforcement to social services and to reimagine the nature of policing. It remains unclear what will result, but cities should proceed prudently to preserve public safety while enhancing the well-being of those living in underserved communities.

But where it matters most, Congress has yet again missed the moment. The House passed the George Floyd Justice in Policing Act, which would institute carefully calibrated reforms, but it was blocked in the Republican-controlled Senate. After perfunctory lip service and failure to pass a pale substitute for the House bill, the Senate majority leader, Mitch McConnell, seems eager to move on. Meanwhile, he refuses to allow Senate consideration of a new Voting Rights Act or of funding to ensure safe voting during a raging pandemic, knowing that communities of color are suffering disproportionately from the coronavirus.

And predictably, President Trump has doubled down on his platform of divisiveness and blatant bigotry. Almost daily, Mr. Trump throws racist red meat to his base, hoping it will boost his sagging poll numbers. He has called peaceful protesters “thugs” and threatened Bull Connor-style tactics — the use of “vicious dogs” and “ominous weapons.”

Mr. Trump retweets videos of supporters screaming “white power” and white citizens who brandish guns at peaceful marchers. He parrots misleadingly that more white people than Black people are killed by the police. Mr. Trump sends federal forces to guard monuments and terrorize protesters, pledges to block the renaming of U.S. military bases that commemorate Confederate generals and dismisses flying the Confederate flag as an act of “free speech.”

Against this backdrop of half-measures and outright hostility, it’s easy to envision that the momentum for progress on racial justice will soon be squandered. But it needn’t be.

To redress systemic racism, America needs to create the conditions for systemic reform.

Transformational change would entail a new opportunity agenda that confronts the root causes of structural racism. The federal government, working with the private sector and nongovernmental organizations, should invest sustained attention, creativity and sufficient resources in broad-based initiatives to address the stark, stubborn inequalities that permeate not only the criminal justice system but also education, economic opportunity, health care, housing and environmental quality.

In each sector, the remedies must be comprehensive. In education, for instance, we should invest in the full spectrum of learning — starting with universal prekindergarten, competitive teacher salaries and reliable broadband in both rural and urban digital deserts.

To expand access to postsecondary education, it’s time to provide no-debt access to community colleges, scale up apprenticeships and Pell Grants, and make tuition free at public universities for all families earning under $125,000 annually.

Government alone is not the solution, but it can play a critical role in dismantling the structural barriers that leave all low-income Americans and many people of color effectively shut out from the American dream. It can thus bring us much closer to fulfilling our founding creed — that all are created equal.

While this vision is now within our reach, grasping it requires electing leaders committed to its realization. Mr. Trump, along with the divisive racial politics he stokes, must be defeated at the ballot box in November. The Republican Senate that has enabled him must be flipped, while Democrats should maintain control of the House.

The legacy of this current movement for racial justice must be more than merely retiring symbols of the Confederacy. By keeping our eyes on the prize, by embracing what the great John Lewis called “good trouble,” by training activism and energy on the polls in November, we can make America far more fair, just and hopeful for all of its people.

– Via The New York Times.
For more information on this publication: Belfer Communications Office
For Academic Citation: Rice, Susan.“Take the Next Step Toward Racial Justice.” The New York Times, July 21, 2020. 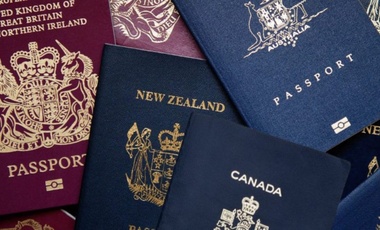 Canada should increase its cooperation with its closest friends and allies, even as it reaches out to new partners.
More on International Security 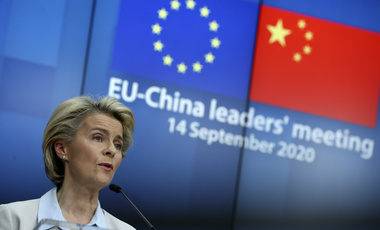 How to address the rise of China will be one of the dominant issues in transatlantic relations under the next administration.
More on Diplomacy 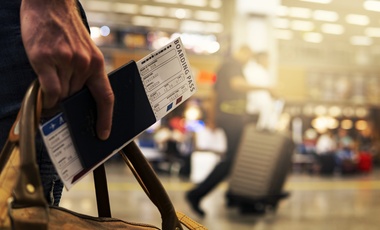