It has been a year since the US and the world went into recession.  Because of its origins in the sudden pandemic, it was possible to reliably discern the advent of the recession before it was reflected in any of the standard economic statistics, which is rare.  (I hope it shocks no one to learn that economists can’t normally predict recessions.)

By the end of the second quarter of 2020, US GDP had fallen 11 %. This record plunge took the US economy from a level that is estimated to have been 1.0% above potential output at the end of 2019, to a level 10 % below potential in mid-2020.  Potential output is the level of GDP that is produced when unemployment is at its so-called natural rate, the capital stock is operating at the capacity for which it was designed, buildings have their normal occupancy rates, etc.

Biden is Better on Economics

In few elections has one been able to assess such a big difference between the two candidates in the likely quality of their economic policies.  Biden’s are better.

It was quite a surprise, three years ago, when Donald Trump won a majority in the US Electoral College, thus becoming the 45th president.  In the search for explanations, one immediately dominated:  Democrats had not been sufficiently aware of the problem of income inequality or had neglected to propose good solutions to it.

This is presumably the logic behind radical proposals coming from some of the leading contenders for the Democratic nomination in the 2020 presidential election. Senator Elizabeth Warren, for example, has proposed an annual tax on the wealth of the wealthiest Americans (originally to be 2 % per year, but now up to 6 %).

Moore on Gold and Commodities

A century ago, the gold standard was considered a guarantor of monetary stability.  That golden era is long-gone.  (If it ever really existed at all.  The general price level fell 53% in US and 45% in the UK during 1873-1896 due to a dearth of gold deposit discoveries.)

Continuing my thoughts on the Fed candidacy of Stephen Moore: he has said several times that he favors a return to gold.  In true Trumpian fashion, he recently denied having said it despite the clear video evidence.

Moore Troubles for the Fed

Of the two men whom Donald Trump had intended to nominate to empty seats on the Federal Reserve Board, Herman Cain has now withdrawn his name.  This leaves the other one, Stephen Moore.

The Senate would have to decide whether to confirm Moore. He has some problems roughly analogous to Cain’s:  he is considered to be under an ethical cloud and he often gets his economic facts wrong.  Cynics might respond that he would thereby fit right in with the roster of Trump nominees throughout the government.  But Trump’s earlier appointments to the Fed have been people of ability and integrity and have been doing a good job, Chair Jerome Powell in particular. Perhaps Trump did not start paying attention to Fed appointments until recently.

An Economic Platform for the Democrats

Democrats are gearing up for the November mid-term elections, in which they hope to take back the US House of Representatives. Candidates are finding that the voters are not necessarily paying close attention to foreign affairs or even Trump scandals, and are more concerned about “pocketbook issues.” The conventional wisdom still stands: underlying the shock election of Mr Trump was the worry by the median household that it has been left behindby globalization and technological change and that the gains have been going to the rich instead. 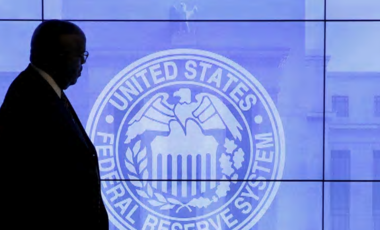 The Next Fed Vice-Chair

There has been speculation that after Trump picks one of the five candidates to be chair of the Federal Reserve (with Jay Powell now apparently the front-runner), he could pick another one of them to be Vice-chair.  This latter position is the one that, sadly, Stanley Fischer is now vacating.

The Choice of Candidates for Fed Chair

The Trump Administration has said it will announce its choice for the new Chair of the Federal Reserve Board by November 3. Subject to Senate confirmation, the chosen candidate will succeed Janet Yellen, whose term ends February 3.

The White House has said it views five candidates as front runners. Two are eminent economists with unusually impressive records — both in academic research, mostly at West Coast universities, and as practitioners of macroeconomic policy. That would be Yellen herself, who is a strong candidate for reappointment, and Stanford’s John Taylor. The other three front-runners are not professionally trained as economists, but rather come from financial backgrounds: Gary Cohn, Jerome Powell, and Kevin Warsh. They worked, respectively, for Goldman Sachs, Dillon Read, and Morgan Stanley; all three also have important government experience.

Fiscal Education for the G-7

As the G-7 Leaders gather in Ise-Shima, Japan, on May 26-27, the still fragile global economy is on their minds.  They would like a road map to address stagnant growth. Their approach should be to talk less about currency wars and more about fiscal policy.Fiscal policy vs. monetary policyUnder the conditions that have prevailed in most major countries over the last ten years, we have reason to think that fiscal policy is a more powerful tool for affecting the level of economic activity, as compared to monetary policy.

During much of the last decade, U.S. fiscal policy has been procyclical, that is, destabilizing.   We wasted the opportunity of the 2003-07 expansion by running large budget deficits.   As a result, in 2010, Washington now feels constrained by inherited debts to withdraw fiscal stimulus at a time when unemployment is still high.   Fiscal policy in the UK and other European countries has been even more destabilizing over the last decade.  Governments decide to expand when the economy is strong and then contract when it is weak, thereby exacerbating the business cycle.