Globalization, Geopolitics, and the U.S.–China Rivalry after Covid-19

This article argues and seeks to demonstrate that "global history," with its roots in the study of empires and transnational integration, provides a useful intellectual framework for better understanding the powerful forces currently reshaping the international system—most significantly geopolitical competition and economic decoupling between the United States and China in the age of Covid-19.

Stephen Walt argues that U.S. policymakers love to say that they work at the behest of a "rules-based" order. But Washington's approach to rules has always been selective, and Beijing's isn't any less so.

What Could Cause a US-China War?

Thucydides attributed the war that ripped apart the ancient Greek world to two causes: the rise of Athenian power—and the fear that this created in the established power, Sparta. Joseph Nye advises that in order to prevent a new cold or hot war, the United States and China must avoid exaggerated fears and misperceptions about changing power relations. 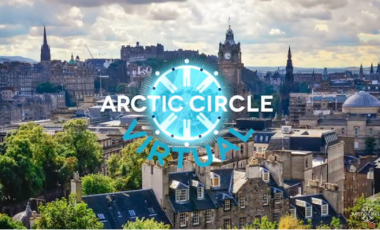 Greenland in the New Arctic

The Icelandic Ministry for Foreign Affairs recently published an extensive report with a detailed analysis on the current relationship between Greenland and Iceland with 99 recommendations on how to strengthen their co-operation. Halla Hrund Logadóttir moderated the discussion.

The Japan-US alliance remains popular in both countries, which need each other more than ever. Together, they can balance China’s power and cooperate with China in areas like climate change, biodiversity, and pandemics, as well as on working toward a rules-based international economic order.

Stephen Walt analyses why the collapse of a fledgling democracy is a cautionary tale for Washington's foreign-policy establishment.

Xi Tells the World What He Really Wants

Chinese President Xi Jinping's speech at Davos was important not because it offered new revelations about China's ambitions, but because it showed how it wants to be seen by others, Stephen M. Walt writes.

Stephen Walt looks back at the Trump administration as four years of big ambitions, a handful of successes—and many more failures. He concludes that it was more than a missed opportunity because Trump's blunders have left the United States in much worse shape than when he took office.

Cold War With China Is Avoidable

Joseph Nye argues that today's challenge is different from the U.S.-Soviet Cold War.  Beijing has economic power Moscow could only dream of: Total economic decoupling would be costly, and few allies would follow suit.