Stephen Walt unpacks foreign-imposed regime change and concludes that if the United States can't stop COVID-19 transmission at home, there is no reason to think it should ever try running another country.

In The Warlords' Shadow: Special Operations Forces, the Afghans, and Their Fight Against the Taliban

Nathaniel L. Moir reviews In The Warlords' Shadow: Special Operations Forces, the Afghans, and Their Fight Against the Taliban by Daniel R. Green  (Naval Institute Press, 2017).

Stephen Walt argues that relinquishing influence and sticking an adversary with a costly burden can sometimes be the epitome of strategic wisdom.

Stephen Walt provides a brief history of foreign-imposed regime change and its consequences.

The world has crossed over to a new nuclear era, where a fateful error -- rather than intentional aggression -- is the most likely catalyst to nuclear catastrophe.

It is ironic that when President Trump finally made his first major foreign policy decision, he ran with the advice of his “cooler heads” — the Generals he admires — over his own instincts to cut U.S. losses and get out of this jungle. In extending U.S. involvement in Afghanistan for the narrower purpose of battling the Taliban, Al-Qaeda, ISIS and associated groups, every U.S. soldier killed and wounded in Afghanistan from this day forward becomes in effect a casualty of the scourge of terrorism the president is determined to thwart. 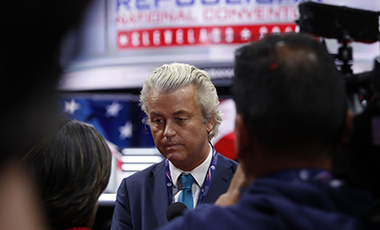 Putting the Populist Revolt in Its Place

In many Western democracies, this is a year of revolt against elites. The success of the Brexit campaign in Britain, Donald Trump’s unexpected capture of the Republican Party in the United States, and populist parties’ success in Germany and elsewhere strike many as heralding the end of an era. As Financial Times columnist Philip Stephens put it, “the present global order – the liberal rules-based system established in 1945 and expanded after the end of the Cold War – is under unprecedented strain. Globalization is in retreat.”

In fact, it may be premature to draw such broad conclusions.

Some economists attribute the current surge of populism to the “hyper-globalization” of the 1990s, with liberalization of international financial flows and the creation of the World Trade Organization – and particularly China’s WTO accession in 2001 – receiving the most attention. According to one study, Chinese imports eliminated nearly one million US manufacturing jobs from 1999 to 2011; including suppliers and related industries brings the losses to 2.4 million.

The Islamic State has made a big mistake

In the global revulsion at the recent terror attacks in four Muslim countries, the United States and its allies have a new opportunity to build a unified command against the Islamic State and other extremists. FDP Senior Fellow David Ignatius examines the diplomatic relationships needed to create an effective counterterrorism strategy. 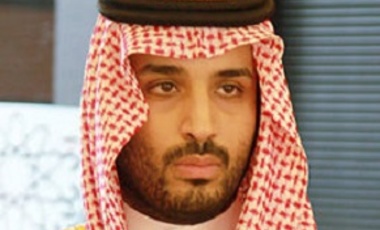 The tensions unsettling the Saudi royal family became clear in September, when Joseph Westphal, the U.S. ambassador to Riyadh, flew to Jiddah to meet Crown Prince Mohammed bin Nayef, nominally the heir to the throne. But when he arrived, he was told that the deputy crown prince, a brash 30-year-old named Mohammed bin Salman, wanted to see him urgently. Senior Fellow, David Ignatius, discusses Mohammed bin Salman opportunity to transform Saudi Arabia.