Is China Beating the U.S. to AI Supremacy?

Combining decades of experience advancing frontier technologies, on the one hand, and analyzing national security decisionmaking, on the other, we have been collaborating over the past year in an effort to understand the national security implications of China’s great leap forward in artificial intelligence (AI). Our purpose in this essay is to sound an alarm over China’s rapid progress and the current prospect of it overtaking the United States in applying AI in the decade ahead; to explain why AI is for the autocracy led by the Chinese Communist Party (hereafter, the “Party”) an existential priority; to identify key unanswered questions about the dangers of an unconstrained AI arms race between the two digital superpowers; and to point to the reasons why we believe that this is a race the United States can and must win. 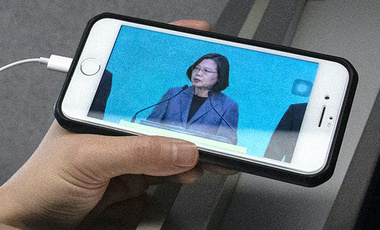 Combatting and Defeating Chinese Propaganda and Disinformation: A Case Study of Taiwan’s 2020 Elections

Using Taiwan’s most recent elections as an example to elucidate the nature of Chinese propaganda and disinformation, this report identifies China’s motives, tactics, and actors in its foreign information warfare.

The United States government must require private industry and research institutions to take this threat seriously and develop cybersecurity policy and practices that will result in multiple layers of cybersecurity protections. This layered approach will require combined efforts from both the government and private industry to create an overlapping protection scheme.

As the United States now confronts the prospect of a multi-faceted and quite possibly generational competition with China—underscored not only by recent Trump Administration public statements but also by the clear emergence of bipartisan support for a firm posture against certain Chinese practices—it is essential that U.S. policymakers take steps to ensure our approach is as coherent and comprehensive as possible. (As we make this point, we offer our hope that the relationship between the U.S. and China, unquestionably the most important in the world, can evolve into one that is mutually beneficial and avoids confrontation.

The goal of this report is to analyze the future of debtbook diplomacy: which countries are vulnerable to Chinese coercion; how U.S. strategic interests will be impacted; and how U.S. policymakers can mitigate the effects of this strategy.

Freedom of Navigation in the South China Sea: A Practical Guide

By virtue of geography, the South China Sea is home to some of the world’s most important shipping lanes. Ships carrying exports and imports between markets in Asia and in Europe, Africa, and the Americas must transit through the South China Sea; it is estimated that $5.3 trillion in trade passes through the region annually. Circumnavigating the region would involve both considerable expense and time delay in the delivery of goods. As a result, most nations have a direct stake in ensuring that freedom of navigation is respected in the South China Sea.

Unfortunately, however, the South China Sea is home to a number of longstanding territorial disputes. Brunei, China, Indonesia, Malaysia, the Philippines, Taiwan, and Vietnam have overlapping sovereignty claims to various maritime features and areas of water in the South China Sea. Most of these territorial disputes center on features located in the Paracel and Spratly island groups. 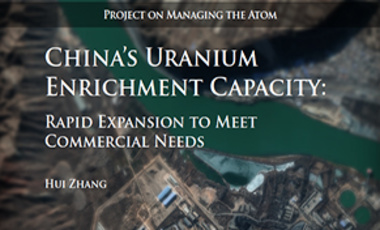 Based on satellite imagery, Chinese publications, and discussions with Chinese experts, This report suggests that China has much more civilian enrichment capacity than previously thought, and even more is on the way. If these new estimates are correct, China has enough enrichment capacity to meet its nuclear power fuel requirements for the coming decade and beyond. Further, China will have excess enrichment capacity and will likely become a net exporter of commercial enrichment services.