The Borders of Science, Society, and the Environment

What makes a person interested in the relationship between science, society, and the environment? For Masahiko Haraguchi, it was the paradox of sustainable development. 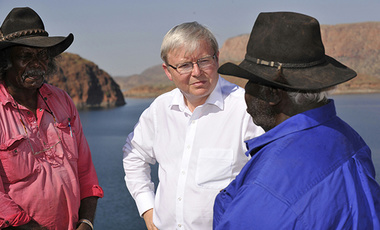 Of the many issues and crises that confront heads of state and government, how did you determine priorities when you were Prime Minister?

The core challenge for any Head of Government is to balance the relative priorities between domestic policy and foreign policy. This in turn will be shaped by pre-election commitments. In my own case as Prime Minister, that meant determining the right priorities concerning the Global Financial Crisis as well as more classical foreign policy challenges within our region. The number one international policy challenge for my Government was dealing with the worst global financial economic crisis since the Great Depression. It obviously was not anticipated before an election but it had to take priority over everything else for the simple reason that in the absence of an effectively functioning financial system and robust economy, all other priorities of the Government would have been significantly undermined. 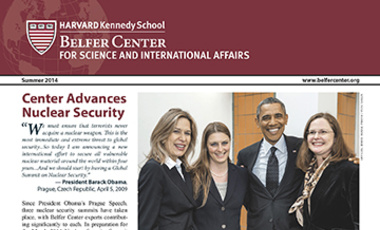 The Summer 2014 issue of the Belfer Center newsletter features recent and upcoming activities, research, and analysis by members of the Center community on critical global issues. This edition highlights the Belfer Center’s longtime efforts to improve nuclear security and the Center's critical role in the 2014 Nuclear Security Summit to prevent nuclear terrorism. This issue also features a timeline and analysis of significant events in Ukraine during the past 20 years. We also note a bright spot in U.S.-Russian relations – a statement by the Elbe Group of retired Russian and U.S. generals cautioning the two governments not to let Ukraine and Crimea interrupt the joint efforts of the two countries to protect “our shared strategic interests.” 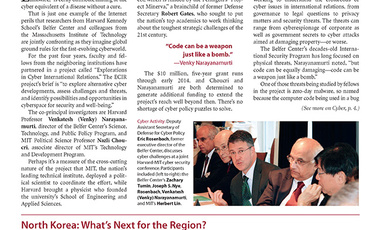 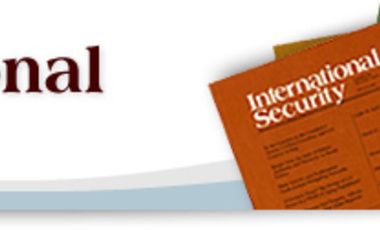 International Security is America’s leading journal of security affairs. It provides sophisticated analyses of contemporary security issues and discusses their conceptual and historical foundations. The journal is edited at Harvard Kennedy School’s Belfer Center and published quarterly by the MIT Press. 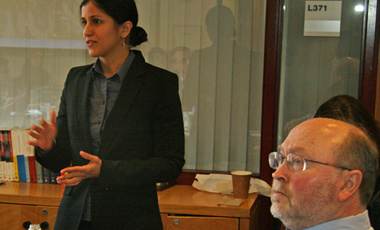 As a child, Aisha Ahmad remembers vividly the arms bazaars in Peshawar and the throngs of bearded mujahedeen commanders as they passed through her grandfather’s smoke laden offices in the Pakistani frontier province.Though she was born in the UK and grew up in Canada, her family retained strong ties with their native community and during her youth Ahmad regularly traveled to the unruly Pakistan-Afghanistan border region. 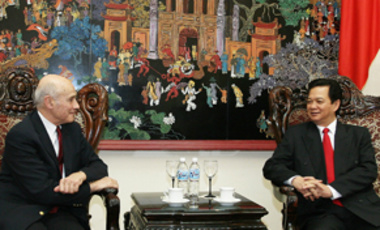 International Security is America's leading journal of security affairs. It provides sophisticated analyses of contemporary security issues and discusses their conceptual and historical foundations. The journal is edited at the Belfer Center and published quarterly by the MIT Press. Questions may be directed to: IS@harvard.edu