During war, states trade two types of products with their enemies. To maximize revenues, states continue to trade products that are essential to the domestic economy or that their adversary takes a long time to convert into militarily capabilities.

US media often report that a particular policy is generally considered bad or unpopular when in reality it seeks to achieve a reasonable trade-off between competing forces or goals. There have been three recent examples of this practice that highlight the problem.

Supporting a Public Purpose in Research & Development: The Role of Tax Credits

In this policy brief, we consider the existing mechanism of tax credits. We see how they can encourage private sector risk-taking to enable research and development (R&D) outcomes. However, our goal is to go beyond economic growth benefits, and to include the less tangible considerations of public good and public purpose in the research and development domain. We then suggest an expansion of tax credits focused on supporting the researchers involved in the R&D and encouraging innovation in both large organizations and in startups and small businesses. This approach builds upon the existing framework of agency-led, mission-defined support of the private sector used by the U.S. government, as occurs in other programs such as America’s Seed Fund (sometimes known by its acronyms, SBIR and STTR). The integration of specific agency- and mission-focused elements to the credit system ensures that these additive credits support research and researchers whose R&D outcomes will improve the health, prosperity, and opportunity for the U.S. as a whole. 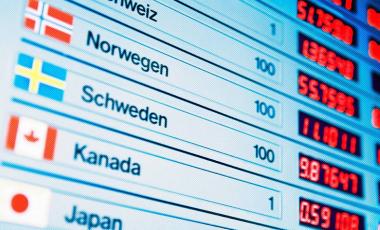 What Three Economists Taught Us About Currency Regimes

Today, freely floating exchange rates suit most large countries better than the late economists Richard Cooper, Robert Mundell, and John Williamson thought. But some countries do well with firmly fixed exchange rates, while at least half of the world’s countries fall in between.

Does a Digital Dollar Move The Geoeconomic Needle with China?

It is a critical first step that the financial policymakers of the United States have acknowledged the need for a CBDC, but that realization is not enough.

The Economic Diplomacy Initiative (EDI) at the Belfer Center for Science and International Affairs is presenting a first-of-its-kind analysis of the makeup of the Commerce Department’s Entity List, by country, by sector, and by year of addition. Starting with raw data made available by the Commerce Department, we manually grouped blacklisted sub-entities at the parent level to give a clearer view of the companies targeted by export controls. While  the Entity List does not include industry tags, we used Federal Register announcements and secondary research to manually assign industry sectors to each entity. The analysis provides a quantitative review of the evolving use of the entity list to shed light on shifting aims of US economic and national security policy. 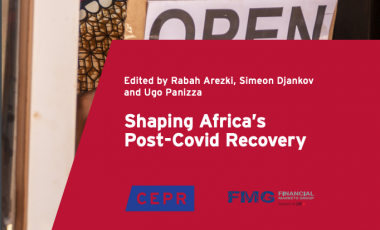 How did Egypt soften the impact of Covid-19?

The Covid-19 pandemic has drastically disrupted people’s lives, livelihoods, and economic conditions around the world. The global shock has resulted in a tourism standstill (Djankov 2020), significant capital flight (Djankov and Panizza 2020), and a slowdown in remittances (Nonvide 2020), resulting in an urgent balance-of-payments need. Egypt responded to the crisis with a comprehensive package aimed at tackling the health emergency and supporting economic activity. The Ministry of Finance acted swiftly to allocate resources to the health sector, provide targeted support to the most severely impacted sectors, and expand social safety net programmes to protect the most vulnerable. Similarly, the Central Bank of Egypt adopted a broad set of measures, including lowering the policy rate and postponing repayments of existing credit facilities. The next section highlights the experience of firms in Egypt following these policies.

Republicans Fight Deficits Only When A Democrat Is President

High among the many priorities of newly-inaugurated US President Joe Biden are the challenges of an economy that appeared to be slowing down as the new year started, with the latest employment numbers looking bleak.  A fourth-quarter slowdown in the US recovery from the horrendous second quarter could be attributed to the expiration of some of the bipartisan stimulus programs that were passed by Congress in March of 2020, or to the third wave of Covid-19, or to both factors.  Even if Covid-19 abates during the course of 2021 and pent-up consumer demand then kicks in, the US faces challenges right now, in such areas as schools, infrastructure investment, state and local finances, and especially the fight against the pandemic itself. 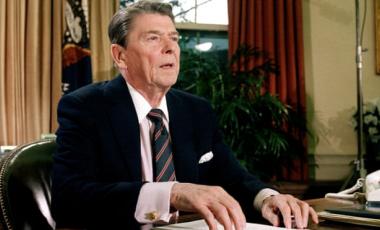 Republicans Are Rediscovering the Dangers of Budget Deficits

High among the US president Joe Biden’s many priorities is reinvigorating an economy that – judging by the latest employment numbers – appeared to be slowing as 2021 began. Even if Covid-19 abates during the course of the year, and pent-up consumer demand kicks in, the US faces immediate challenges in areas such as education, infrastructure investment, state and local finances, and especially the fight against the pandemic itself.