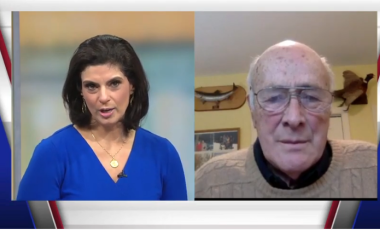 Why Collaboration Between China and the U.S. is Critical, According to Harvard Professor

Joseph Nye  discusses the following: Why the United States must work with China on global issues such as climate change, pandemics, and other transnational concerns, despite rivalry between the two countries; the "three-dimensional chess game" between the U.S. and China, with military, economic, and ecological boards; the importance of soft power; and differences from the U.S. relationship with the Soviet Union.

With China, a "Cold War" Analogy Is Lazy and Dangerous

Joseph Nye analyzes why the Cold War metaphor in relation to  the U.S. and China, although convenient, is lazy and potentially dangerous. It obscures and misleads us by underestimating the real challenge we face — and offering ineffective strategies.

Will Europe Ever Really Confront China?

Stephen Walt explains why the Biden administration should not expect its closest European allies by its side as it gears up for a long-term struggle in China.

The G20 Agenda, As the Pandemic Continues

Italy hosts the G20 this year.  The 2021 Summit of the Heads of Government will take place in Rome in October. Officials of member countries, including the finance ministers and central bank governors, are preparing.

The G20 meeting will come at a time of great uncertainty as concerns the health and economic effects of the pandemic, midway through its 2nd year.  Although the mechanisms of international cooperation have been badly bruised by events of recent years, they are more important than ever, in light of the interconnectedness across nations that the pandemic so vividly demonstrates.

Of what, specifically, should international cooperation in such bodies as the G20 consist?  To begin with, by “cooperation,” I am not in this case referring to the coordinated setting of national monetary or fiscal policies.  For the most part, countries can, on their own, move those levers in the directions that are right for them.

Areas on which the G20 should focus include three: financial stability, trade, and vaccination.  This is in addition to other important areas, especially the existential issue of global climate change, which should and will receive a lot of attention.

During war, states trade two types of products with their enemies. To maximize revenues, states continue to trade products that are essential to the domestic economy or that their adversary takes a long time to convert into militarily capabilities.

How Not to Win Allies and Influence Geopolitics

Audrye Wong provides an analysis of China's self-defeating economic statecraft.  She concludes that China's rapidly expanding overseas economic presence, particularly when accompanied by subversion and coercion, may exacerbate strategic fears across the globe.

Globalization, Geopolitics, and the U.S.–China Rivalry after Covid-19

This article argues and seeks to demonstrate that "global history," with its roots in the study of empires and transnational integration, provides a useful intellectual framework for better understanding the powerful forces currently reshaping the international system—most significantly geopolitical competition and economic decoupling between the United States and China in the age of Covid-19.

What Could Cause a US-China War?

Thucydides attributed the war that ripped apart the ancient Greek world to two causes: the rise of Athenian power—and the fear that this created in the established power, Sparta. Joseph Nye advises that in order to prevent a new cold or hot war, the United States and China must avoid exaggerated fears and misperceptions about changing power relations.

The Japan-US alliance remains popular in both countries, which need each other more than ever. Together, they can balance China’s power and cooperate with China in areas like climate change, biodiversity, and pandemics, as well as on working toward a rules-based international economic order.