The Belfer Center’s experts and fellows frequently research and write about topics such as international relations and security, war, globalization, terrorism, and governance.

China's Party-State Capitalism and International Backlash: From Interdependence to Insecurity

Economic interdependence has long been considered important to international peace. Questions about harmful effects of the free flow of capital, however, are arising. China and Organization for Economic Co-operation and Development countries are increasingly involving their business firms in security and intelligence work, causing a security dilemma dynamic that increases economic competition.

Is the US in Recession?

Do not be surprised if, later this month, there is a wave of headlines claiming that the US economy is in recession. But such an assessment would depend on a chain of reasoning that has three important flaws, writes Jeffrey Frankel.

No, the US is Not in Recession

US consumer sentiment, by one measure, is at its lowest level since 2011. More Americans say they hear mostly negative news about the economy than hear positive news, or a balance of positive and negative.  Most remarkably, 57% tell pollsters they believe we are currently in recession versus only 21% who do not.

Supporting a Public Purpose in Research & Development: The Role of Tax Credits

In this policy brief, we consider the existing mechanism of tax credits. We see how they can encourage private sector risk-taking to enable research and development (R&D) outcomes. However, our goal is to go beyond economic growth benefits, and to include the less tangible considerations of public good and public purpose in the research and development domain. We then suggest an expansion of tax credits focused on supporting the researchers involved in the R&D and encouraging innovation in both large organizations and in startups and small businesses. This approach builds upon the existing framework of agency-led, mission-defined support of the private sector used by the U.S. government, as occurs in other programs such as America’s Seed Fund (sometimes known by its acronyms, SBIR and STTR). The integration of specific agency- and mission-focused elements to the credit system ensures that these additive credits support research and researchers whose R&D outcomes will improve the health, prosperity, and opportunity for the U.S. as a whole.

Does a Digital Dollar Move The Geoeconomic Needle with China?

It is a critical first step that the financial policymakers of the United States have acknowledged the need for a CBDC, but that realization is not enough.

Will the GameStop Game Stop?

Whether one thinks that the overall equity market is currently valued properly or not, something very unusual happened in the last week of January to GameStop stock.  Its price rose 323 percent for the week, and 1,700 percent for the month (that is, an 18-fold increase). This was a speculative bubble. That is, the price departed from fundamentals.

Some investors who got in early and got out early made a lot of money. Just as many people, who got in too late or stayed in too long, lost a lot of money, as valuations came back to earth.

We focus on GameStop, an ailing bricks-and-mortar retailer of video games and consoles, for concreteness.  But a similar phenomenon has affected the prices of a number of other assets.

Participating in a speculative bubble is like playing roulette in a casino.  The role of “the house” in this casino is played by brokers such as retail-investment platform Robinhood or financial-services company Charles Schwab.  So far, not so unusual. Speculative bubbles happen from time to time. 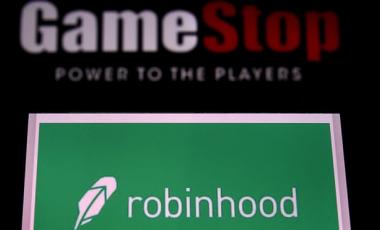 David vs. Goliath Narrative in GameStop Story Has Serious Flaws

There are no clear-cut heroes or villains, only some investors who will weather losses better.

Closing the Equity Financing Gap during the COVID-19 Crisis: The Emergence of Sovereign Wealth Funds with Expiration Dates

Juergen Braunstein and Sachin Silva argue that sovereign wealth funds may be central to governments' efforts to balance public responsibility with private interests in post-pandemic economies.

Because the Libra now seems viable, the question becomes whether there is a need to integrate a digital currency into the global economy.