Martin Wolf on Destined for War

U.S. should end its strategic anxiety toward China
Xinhua | November 15, 2017

WATCH: Graham Allison debates Evan Medeiros on growing risk of war between US and China
Center for Strategic and International Studies | November 14, 2017 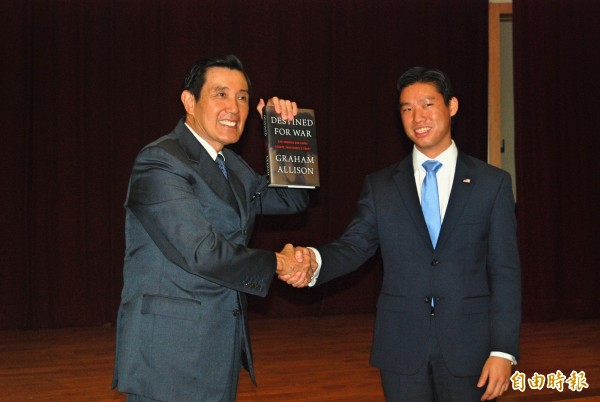 What Politicos Are Reading This Summer
Politico | July 16, 2017

Is the US headed for a showdown with North Korea?
Niall Ferguson | The Boston Globe | July 10, 2017

The Risks and Rewards of Thucydides’ History of the Peloponnesian War
S.N. Jaffe | War on the Rocks | July 6, 2017

Is war between a rising China and a dominant America inevitable? A thought experiment.
David Ignatius | Washington Post | June 28, 2017

Thucydides's Trap does not have to be inevitable
Chen Weihua | China Daily | June 23, 2017

Interview on The Leonard Lopate Show: "What Ancient Greece Tells Us About China Relations"
Leonard Lopate |  WNYC  | May 30, 2017

Interview with Macleans: "Is war between America and China inevitable?"
Brian Bethune | Macleans | May 23, 2017

From Ancient Greece, Lessons On The Risk Of A Modern, Accidental War
Greg Myre | National Public Radio | May 3, 2017

What America and China must do to head off a clash
The Economist | April 20, 2017

Is China challenging the United States for global leadership?
The Economist | April 1, 2017

Are We on the Verge of a Full-On Trade War With China?
Foreign Policy "Editor's Roundtable" podcast | March 16, 2017

Xi Jinping: "Work Together to Build a Community of Shared Future for Mankind"
Speech to the United Nations Office, Geneva | January 19, 2017