Below is a scene from the summer blockbuster 'Wonder Woman' featuring a conversation between General Erich Ludendorff (real Prussian general responsible for Germany’s military policy and strategy in latter years of WWI) and Wonder Woman, who is named Diana. 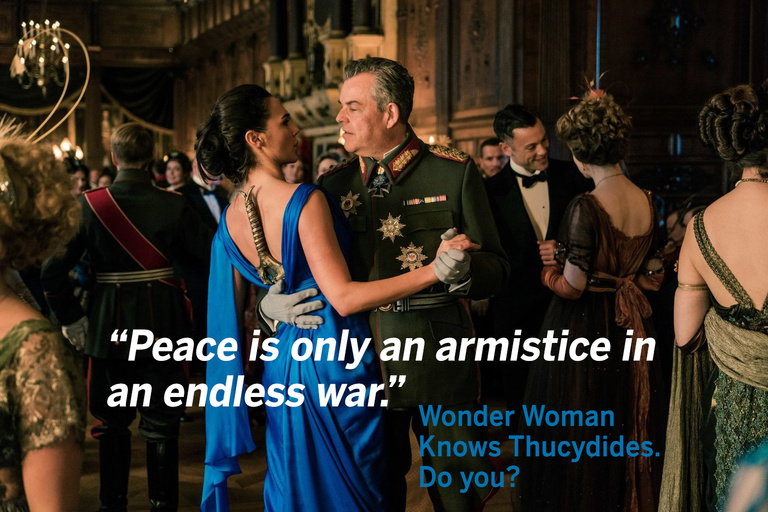 Wonder Woman (Diana): “I confess I’m not sure what we’re celebrating tonight.”

Wonder Woman (Diana): “Victory? When I hear peace is so close?”

General Ludendorff: “Peace is only an armistice in an endless war.”

General Ludendorff: “You know your Ancient Greeks. They understood that War is a God. A God that requires human sacrifice.”

Our site contains links to third-party websites. We have no influence whatsoever on the information on these websites and accept no guaranty for its correctness. The content of such third-party sites is the responsibility of the respective owners/providers.

Copyright Disclaimer Under Section 107 of the Copyright Act 1976, allowance is made for "fair use" for purposes such as criticism, comment, news reporting, teaching, scholarship, and research. Fair use is a use permitted by copyright statute that might otherwise be infringing. Non-profit, educational or personal use tips the balance in favor of fair use.