The COVID-19 pandemic is first and foremost a public health challenge. It’s also a test of leadership, fast-moving policy analysis, scientific and technological expertise, and international security and relationships – areas where the Belfer Center’s expertise is especially relevant. To help the public better grasp the multi-faceted challenges posed by this virus, and ways we can address them, the Center has curated several pieces of content and work streams from our various research areas. We are updating this list regularly. 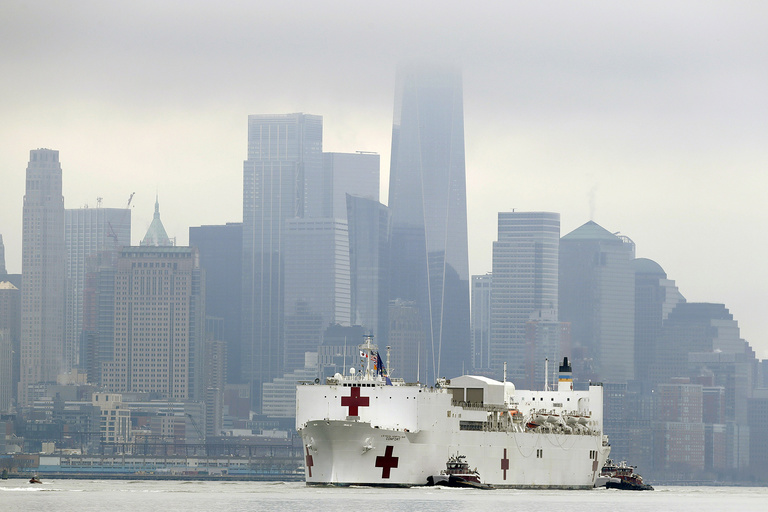 For examples of the ways the Belfer Center is tackling the coronavirus crisis from a number of different perspectives, see the categories on the left, from Public Health to Cyber & Digital.

The Emotionally Challenging Next Phase of the Pandemic

“The misery will not end when 2020 does. The new year will inherit many of the same problems that have become so grindingly familiar in 2020.”

“While you may have the politicalization and ulterior motives to have a vaccine available sooner rather than later, I do think that our scientific process and the consensus of our medical community is going to take a stand and make sure that does not happen.”

What Will It Take for Communities to Feel Safe Reopening Schools?

“We have to get back to school probably well before a vaccine. Everyone thinks, oh, a vaccine is going to solve the problem. There’s going to be a long period of time between when a vaccine is found and when it’s manufactured and distributed.”

“At present, the Environmental Protection Agency does not regulate indoor air, and state-level legislation has resulted in a patchwork of national coverage.”

How Many Needless COVID-19 Deaths Were Caused by Delays in Responding? Most of Them

“Our analysis shows that with the same actions actually taken by other nations large and small, from East and West, the U.S. could have prevented 70% to 99% of its COVID-19 deaths. This has been a needless tragedy.”

What Policymakers Should Ask Modelers

“When the stakes are high, and model-based projections are a primary guide, how should policymakers proceed ... As scientists who routinely build models for policy analysis, we propose four questions that decision-makers should ask when using such models’ results.”

This Week in COVID-19 and Economic Diplomacy: ‘Slowing Eurozone Recovery’

“More than 40% of UK companies took on debt during the pandemic. Many now warn of cutting back operations, driving fears of ‘zombie companies.’”

The Dark Heart of Gold

“While mainstream economists have treated gold as a sideshow since the world abandoned the gold standard in 1971, this recent price spike is a significant signal.”

“The COVID-19 pandemic poses a once-in-a-generation threat to the world’s population.”

The Pandemic Pain of Emerging Markets

“As COVID-19 continues its global march, the whole world is paying the price for some countries’ negligent and incompetent political leadership and the virtual breakdown of the rules-based multilateral order. But emerging and developing economies are likely to suffer the most.”

U.S. Unemployment Rate Falls Again but Still Little Progress for People Who Have Not Been Temporarily Furloughed From Their Jobs

“These data suggest the temporary labor market problems are very deep and that even if individuals on temporary layoff returned to work very quickly, the United States would still have a recessionary level of unemployment for some time to come.”

“A successful recovery plan must help businesses revive and resume hiring. It must bolster incomes battered by the pandemic shutdown without creating disincentives to work. And it must support state and local governments in their efforts helping to heal the economy and shield their residents from the worst effects of the downturn.”

We Can Protect the Most Vulnerable and Reopen the Economy

“The key to unlocking this false dilemma is a clear understanding of who, in fact, is most vulnerable to death from this novel killer — and who is not.”

“Just as the Central Intelligence Agency was established in 1947 to confront a new threat (the Soviet Union), the United States needs to establish a new kind of public-facing intelligence to anticipate globalized threats, such as pandemics, hiding in the open.”

Expert: How Cities Should Prepare for a Season of Dual Disasters

“There are no ideal answers when you’re dealing with COVID and another potential disaster. At this stage, you’re just weighing one risk against the other.”

How to Ruin a Superpower

“The United States still has a number of important advantages compared with other major powers, including abundant natural resources, a still innovative economy, temperate climate (at least so far), and an extremely favorable geopolitical location. Those qualities make long-term success more likely but do not guarantee it.”

Governors Must Save Us From Our Coronavirus Testing Failure

“Sorting out testing is foundational to slowing the spread of the virus. From there, governors can build a comprehensive national plan of attack. Doing so will require new forms of coordinated governance. In the absence of federal leadership, it’s up to governors to step to the fore.”

“A country that cannot persuade its own citizens to wear a mask should not begin to think that it can get people in some foreign country to remake their whole society according to its dictates.”

The Urgent Need for a National Biosecurity Initiative

“The disproportionate number of American deaths from the COVID-19 pandemic has made it clear that the United States is woefully underprepared to deal with naturally occurring  biological threats.”

“Like our fight against hate, COVID-19 introduced itself with a devastating initial attack on our public and institutions, and is likely to remain a threat, returning in waves for the foreseeable future.”

How the Coronavirus Pandemic Will Permanently Expand Government Powers

“Some of the leaders who assumed emergency powers during the crisis may relinquish them. But get ready for the new normal: Political opportunism and fear of a new pandemic will lead many governments to leave some of their newly acquired powers in place.”

In a Global Emergency, Women are Showing How to Lead

“And what do success stories such as Denmark, Finland and Iceland have in common with Hong Kong and Taiwan, halfway around the world? They’re all run by women.”

“Unfortunately, COVID-19 is likely to be one of the first — rather than the last — persistent, widespread viruses to plague Arctic communities. As permafrost thaws because of global warming, viruses and bacteria that have lain dormant in soils for centuries could come back to life.”

Lessons From Bahrain’s Response to COVID-19

“In less than a month after its first case was discovered, Bahrain closed select border entry points, instituted extensive testing, shuttered its schools and many of its businesses and provided financial assistance to the most-hard-hit.”

Europe in the Post-Pandemic World

“The pandemic is forcing the European Union (EU) and its member states to address the economic and social consequences for them. And yet, the pandemic has accelerated transformation processes of the international system which will impact the ability of the EU and its members states to manage those consequences.”

“Moscow and Beijing have long aimed to weaken the United States, blunt the appeal of democratic institutions, and sow divisions across the West. Their goals in this crisis are no different.”

COVID-19 and Its Implications for Transatlantic Relations

“We’ve had a crisis here. Our federal government has not performed well, our government in Washington. There has not been leadership.”

How the COVID-19 Era Will Change National Security Forever

“But the shared enemy of a future pandemic must bring about a redefinition of national security and generate long overdue increases of federal investments in domestic and global health security preparedness.”

How the World Will Look After the Coronavirus Pandemic

“Just as this disease has shattered lives, disrupted markets and exposed the competence (or lack thereof) of governments, it will lead to permanent shifts in political and economic power in ways that will become apparent only later.”

In War Against Coronavirus: Is China Foe—or Friend?

“Can the US and China be ruthless rivals and intense partners at the same time? Holding two seemingly contradictory ideas in our head simultaneously will be difficult. But success in defeating this demon will require nothing less.”

“There is not one catch-all answer; the truth is that technology is not a panacea, but it may be able to assist official efforts at an unprecedented time. However, no technological solution can succeed without two specific factors: public trust and buy-in, and rapid, widespread testing for everyone living in the U.S.”

“As business leaders and public officials plan their response, they struggle to identify the proper role for emerging technologies.”

How Digital Service Teams are Responding to Covid-19

“Governments will likely emerge from the crises with a greater sense of the need to have digital solutions in place. It is hard to ask citizens to shelter in place and work from home without a broadband strategy and online government services.”

“As the pandemic unfolds, the Technology and Public Purpose (TAPP) project is curating a list of initiatives that are applying digital technologies and skills to meet the demands of the COVID-19 response. “

How Hackers and Spies Could Sabotage the Coronavirus Fight

“Governments and intelligence agencies have long had an interest in manipulating health information, both in their own countries and abroad… A sudden epidemic is especially tempting for interference.”